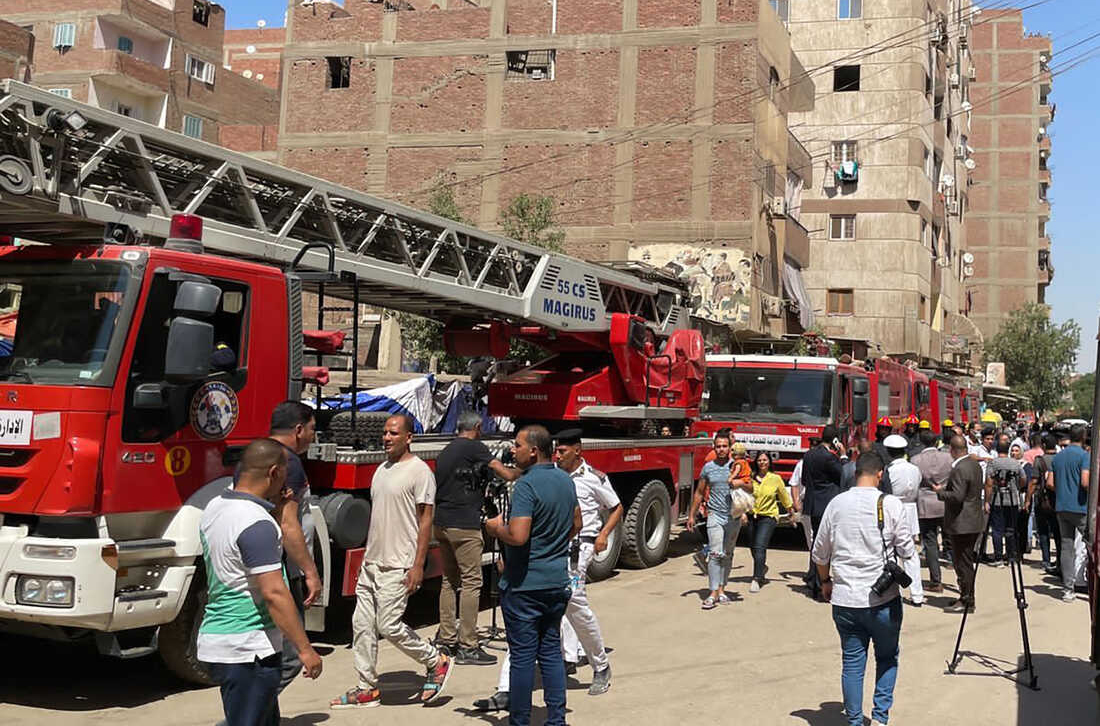 CAIRO, Aug 14: A fire ripped through a church in the Egyptian capital of Cairo on Sunday sending huge amounts of thick black smoke into the air as congregants worshipped, killing at least 41 and injuring 14, the Coptic Church said.

The cause of the blaze in the Abu Sefein church in the working-class neighbourhood of Imbaba was not immediately known. An initial investigation pointed to an electrical short-circuit, according to a police statement.

The country’s health minister blamed the smoke and a stampede as people attempted to flee the fire for causing the fatalities. It was one of the worst fire tragedies in Egypt in recent years.

Footage circulated online showed burned furniture, including wooden tables and chairs. Firefighters were seen putting out the blaze while others carried victims to ambulances.

The Coptic Church cited health officials in reporting the casualty toll. It said the fire broke out while a service was underway.

Fifteen firefighting vehicles were dispatched to the scene to put out the flames while ambulances ferried casualties to nearby hospitals, officials said.

“I am closely following the developments of the tragic accident,” el-Sissi wrote on Facebook. “I directed all concerned state agencies and institutions to take all necessary measures, and immediately to deal with this accident and its effects.”

Health Minister Khaled Abdel-Ghafar said in a statement that two of the injured were discharged from a hospital while 12 others were still being treated.

The Interior Ministry said it received a report on the fire at 9 a.M. Local time, and that they found that the blaze broke out in an air conditioner in the building’s second floor.

The ministry, which oversees police and firefighters, blamed an electrical short-circuit for the fire, which produced huge amounts of smoke.

The country’s chief prosecutor, Hamada el-Sawy, ordered an investigation and a team of prosecutors were dispatched to the church.

Egypt’s Christians account for some 10% of the nation’s more than 103 million people and have long complained of discrimination by the nation’s Muslim majority.

Sunday’s blaze was one of the worst fire tragedies in recent years in Egypt, where safety standards and fire regulations are poorly enforced. In March last year, a fire at a garment factory near Cairo killed at least 20 people and injured 24 more. (AP)