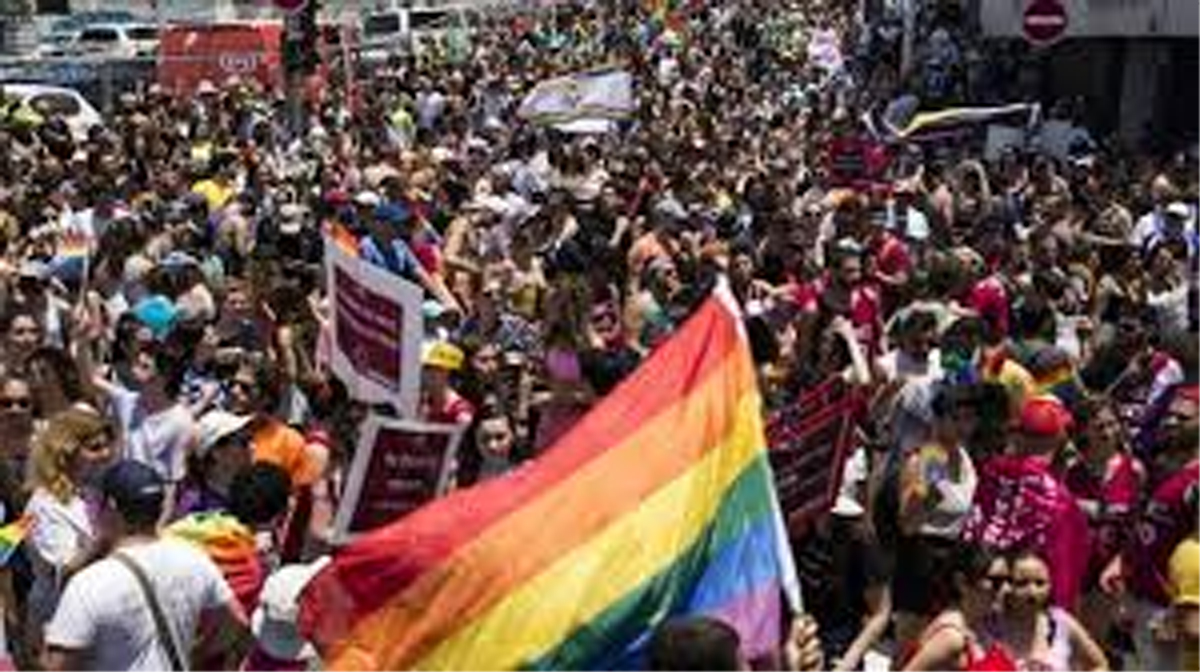 NEW YORK, June 30: A staggering three million people waving bright rainbow colors are expected to cram the streets of Manhattan Sunday for a Gay Pride march marking the 50th anniversary of the Stonewall riots, the episode credited with giving rise to the modern LGBTQ movement.

“I believe we are going to have the greatest Pride celebration in the history of the globe,” Mayor Bill de Blasio, a vocal defender of gay rights and a Democratic presidential hopeful, said Friday night.

Stonewall Day commemorates the June 1969 riots sparked by repeated police raids on the Stonewall Inn, a well-known gay bar in New York’s Greenwich Village, that proved to be a turning point in the LGBTQ community’s struggle for civil rights.

New York’s Gay Pride — a month of events marking Stonewall every year — has long been a lure for tourists, drawing hundreds of thousands of people, plus politicians and celebrities, each year.

A year after the riots 50 years ago, New York held its first Gay Pride march, kicking off a tradition that would spread to other cities around the world — made all the more pertinent as some 70 countries still criminalize homosexuality today.

This year organizers have gone all out as they plan to host what they called World Pride with visitors from around the globe.

The event comes against what critics say is Donald Trump’s Republican administration opening the door once again to overt discrimination against the LGBTQ community.

There are two marches planned with the main procession beginning at noon from 5th Avenue and 26th Street in Greenwich Village.

Some 150,000 people are signed up to walk in the main march, and the 70 companies acting as sponsors — including L’Oreal, Danone and Macy’s department stores — are a sign of how more and more businesses want to be associated with the yearly procession.

Organizers say they are expecting an estimated three million people to line the streets and watch the march, which is scheduled to conclude with a big bash in Times Square with performances by artists including Madonna, who is hugely popular in the gay community.

Visitors from abroad who are planning to march include Helen Gollin, a 63-year-old Australian, who helped found Sydney’s first Mardi Gras gay march in 1978.

“It’s about honoring all that went on before us and all those who died in the name of freedom,” said Gollin.

“It’s our history, it’s the reason why we can be whoever we want to be. That’s why it was important to come and celebrate,” added Francesco Servalli, 38, who came from Italy with four friends to take part in the march.

Servalli and others said Gay Pride is important for another reason: to muster strength to keep fighting for LGBTQ rights at a time when what they call extremist politicians — like Trump, or Italy’s Interior Minister Matteo Salvini and President Jair Bolsonaro in Brazil — have come to the fore.

“I feel like we are going backward,” said Servalli, citing in particular violence against transgender people.

“But maybe it’s history: sometimes you need to go backward to continue going further,” he added.

The idea may be to keep fighting, but over the years Gay Pride has become a huge money maker, so much so that this year some LGBTQ rights activists are holding a separate march they consider purer.

“The annual Pride parade has become a bloated, over-policed circuit party. Pride is not for sale. It’s gone completely off tracks,” said Bill Dobbs, an organizer of the rival march. He described the latter as “an effort to keep with the spirit of Stonewall.” With so many people expected to watch the march, police plan to deploy thousands of officers on the streets and rooftops of the city, and also use drones and helicopters to keep an eye on everything. (AGENCIES)
&&&