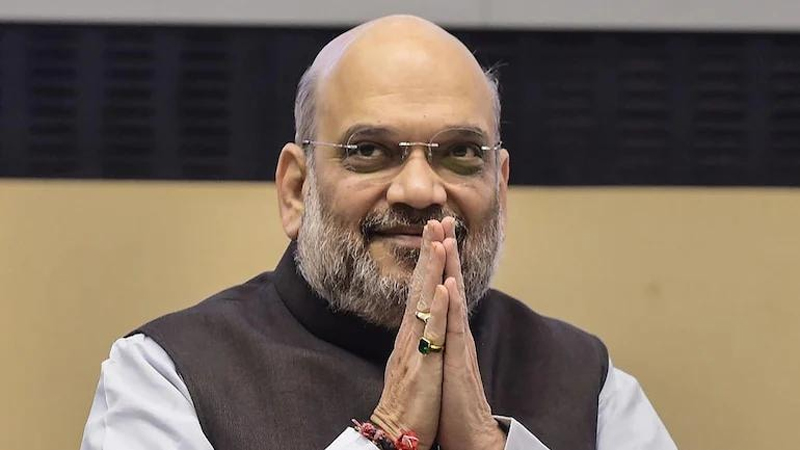 People have faith in Govt, pvt investments pouring in

JAMMU, Sept 27: Union Home Minister Amit Shah said today that not only cinema halls have reopened in Kashmir but even students from across the country are going to study there as situation in the Valley is entirely under control.
Shah’s comments in an interview to a national Hindi newspaper came ahead of his three-day visit to Jammu and Kashmir which has been rescheduled from September 30-October 2 to October 3-5.
“Not only the cinema halls have reopened in Kashmir but even IIM, IITs, All India Institutes of Medical Science (AIIMS) are being established there. Students from across the country are going to study there,” Shah said.
After Independence, the highest number of tourists have visited Jammu and Kashmir during last three years, the Home Minister said.
“After abrogation of Article 370 of the Constitution of India, the militancy-related incidents have come down, Many said that after annulment of special status, there will be bloodbath in the Kashmir valley but not even a stone was pelted,” he added.
Asserting that situation is fully under control in Jammu and Kashmir, Shah said works are being done there fully for the local people.
He said a large number of militants have been killed in the Kashmir valley and glorification of slain militants has ended.
It may be mentioned here that during the current year, Army, Jammu and Kashmir Police and paramilitary forces have eliminated a large number of militants in the Valley including top commanders of many outfits and Pakistani nationals. The trend of crowd gathering during burial of the militants has also ended.
Referring to West Pakistani refugees, he said the displaced people were granted citizenship.
The West Pakistanis who had migrated here after partition in 1947 were denied citizenship by successive Governments but after abrogation of special status of Jammu and Kashmir, they were granted citizenship rights.
Maintaining that people’s faith has gone up in the Government, Shah said the elections were conducted to Block and District Councils.
“Temples have been given protection,” he said.
Referring to private investments in industrial sector, the Home Minister said till 2019, investments were to the tune of only Rs 12,000 crore while from 2019 to 2022, Rs 32,000 crore worth investments have come in Jammu and Kashmir.
“Investments of Rs 12,000 crore in 70 years and Rs 32,000 crore in three years are a clear indication that people’s faith in the system in Jammu and Kashmir has increasd,” Shah said.
It may be mentioned here that there has been huge rush of investments in Jammu and Kashmir by the private players from the country as well as abroad. Several builders had also shown keen interest in investments here during a Summit organized in December last year.
Many more companies were also reported to have approached the Jammu and Kashmir administration showing interest in investment in different sectors in the Union Territory.
Prime Minister Narendra Modi had performed groundbreaking ceremony of Rs 38,080 crore worth investments in Jammu and Kashmir while addressing a massive rally at Palli Panchayat in Samba district of Jammu region on April 24.
The Government has already received Rs 20,000 crore worth more proposals for investments in the industrial sector which are expected to be cleared in next six months. These proposals were held up due to non-availability of Land Bank which is now being created by the administration.