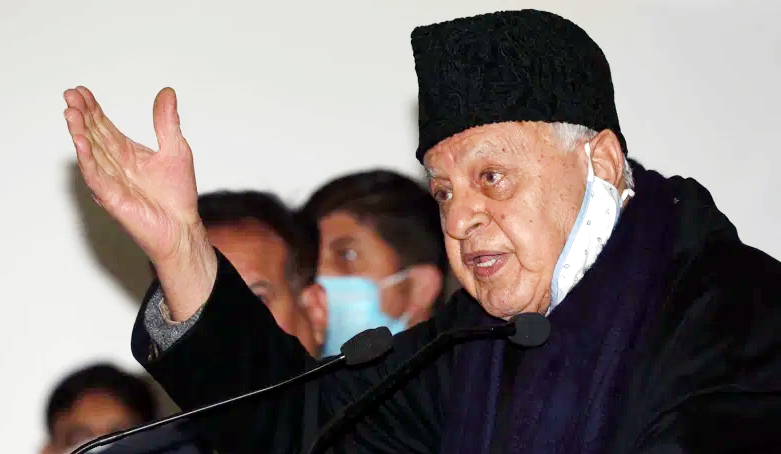 JAMMU: National Conference president Farooq Abdullah on Monday said he does not have time to campaign for the Trinamool Congress in the upcoming West Bengal assembly elections.
He also asserted that India should abide by the United Nations charter on refugees in dealing with the Rohingya crisis.
“I do not have time for campaigning,” Abdullah told reporters when asked if he would join West Bengal chief minister and TMC supremo Mamata Banerjee during the campaigning for the upcoming state polls.
Responding to another question about a major drive launched by the government against illegally settled Rohingya Muslims in Jammu, the NC leader underlined, “We know the situation in their land… India is a signatory to the UN charter on refugees and we should abide by it and work on humanitarian grounds”.
The Jammu and Kashmir administration had on Saturday sent 168 Rohingyas to a jail in Kathua district after they were found living illegally in Jammu city during a verification drive.
Speaking at another function at his party headquarters to mark the International Women”s Day, Abdullah said nobody can come to the country without the approval of the Government of India.
“Nobody can settle here without the Government of India”s permission,” he said, urging party workers to remain cautious against any false propaganda on the issue.
His remarks come in the backdrop of the BJP accusing the National Conference (NC) and the Congress of settling foreign refugees, including Rohingyas and Bangladeshi nationals, in Jammu city.
The Rohingyas are a Bengali-dialect speaking Muslim minority in Myanmar. Following persecution in their country, many of them entered India illegally through Bangladesh and took shelter in Jammu and other parts of the country.
Many political parties and social organisations in Jammu have urged the Centre to take immediate steps for the deportation of Rohingyas and Bangladeshi nationals, alleging that their presence is a “conspiracy to alter the demographic character” in the region and a “threat to peace”.
More than 13,700 foreigners, including Rohingya Muslims and Bangladeshi nationals, are settled in Jammu and Samba districts of Jammu and Kashmir, where their population has increased by over 6,000 between 2008 and 2016, according to government data.