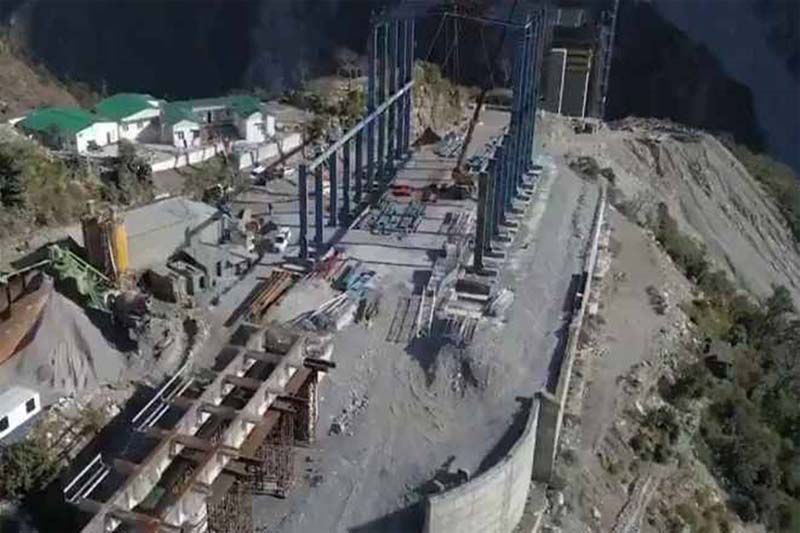 T-49 tunnel to be longest of Indian Rlys

Excelsior Correspondent
JAMMU, Feb 15: The Northern Railways has achieved a line and level breakthrough of the longest 12.758 km tunnel between Sumber and Arpinchala station on the Katra-Banihal section under the Udhampur-Srinagar-Baramulla Rail Link (USBRL) project, an official said today.
The breakthrough was achieved on the T-49 tunnel, which is going to be the longest tunnel of the Indian Railways surpassing the 11.2 km-long Pir Panjal tunnel constructed by USBRL on the Banihal-Qazigund section.
“The South portal of tunnel T-49 is located in the picturesque Sumber village at a distance of 45 km from district headquarters Ramban at an altitude of 1,200 metres, while the North portal is located near Arpinchala village in Khari Tehsil at an altitude of 1,600 metres,” he said.
He said the T-49 tunnel has two tubes — one is the main tunnel and the other is the escape tunnel. It has been constructed using a modern drill and blast technique called the New Austrian Tunnelling Method.
He said the cross-section profile of the tunnel is modified to give it a horseshoe shape.
“In order to facilitate construction of the longest tunnel, three adits — Urnihal Adit, Hingni Adit and Kundan Adit — have also been constructed. The tunnel has a ruling gradient 1 in 80 and a designed speed of 100 Kmph,” the official said.
An adit is a horizontal or near-horizontal passageway to a larger underground excavation for the purposes of ventilation, water removal, or auxiliary entrance.
As per the international standards, he said, the escape tunnel constructed parallel to the main tunnel is connected by cross passages at an interval of 375 metres to facilitate rescue and restoration work.
“The work of construction was entrusted by Northern Railways to M/s IRCON International limited which has assigned works in two packages to Messrs HCC and M/s AFCONS,” the official said.
The HCC is executing the work on the 5.1 km stretch length from the south portal and AFCONS is executing the work on the 7.658 km stretch from the north portal.
“Several challenges were encountered in the course of construction such as shear zone, perched aquifer, and highly jointed rock mass, rock problems of squeezing and high ingress of water,” the official said.
“During construction activities of the tunnel, the local population was employed by agencies for various works, which has changed the overall socio-economic landscape,” he mentioned.
Of the proposed 272-km-long USBRL project, 161 km has already been commissioned and operationalised in phases, with the first phase of the 118-km Qazigund-Baramulla section commissioned in October 2009, followed by 18 km Banihal-Qazigund in June 2013 and 25 km Udhampur-Katra in July 2014.
The work on the intervening stretch of 111 km between Katra and Banihal is under progress, the official said, adding the Katra-Banihal section is traversing through the hilly terrain of the lower Himalayas, where geology is a major challenge.
It has several major bridges. Long tunnels are under different stages of construction, the official said.