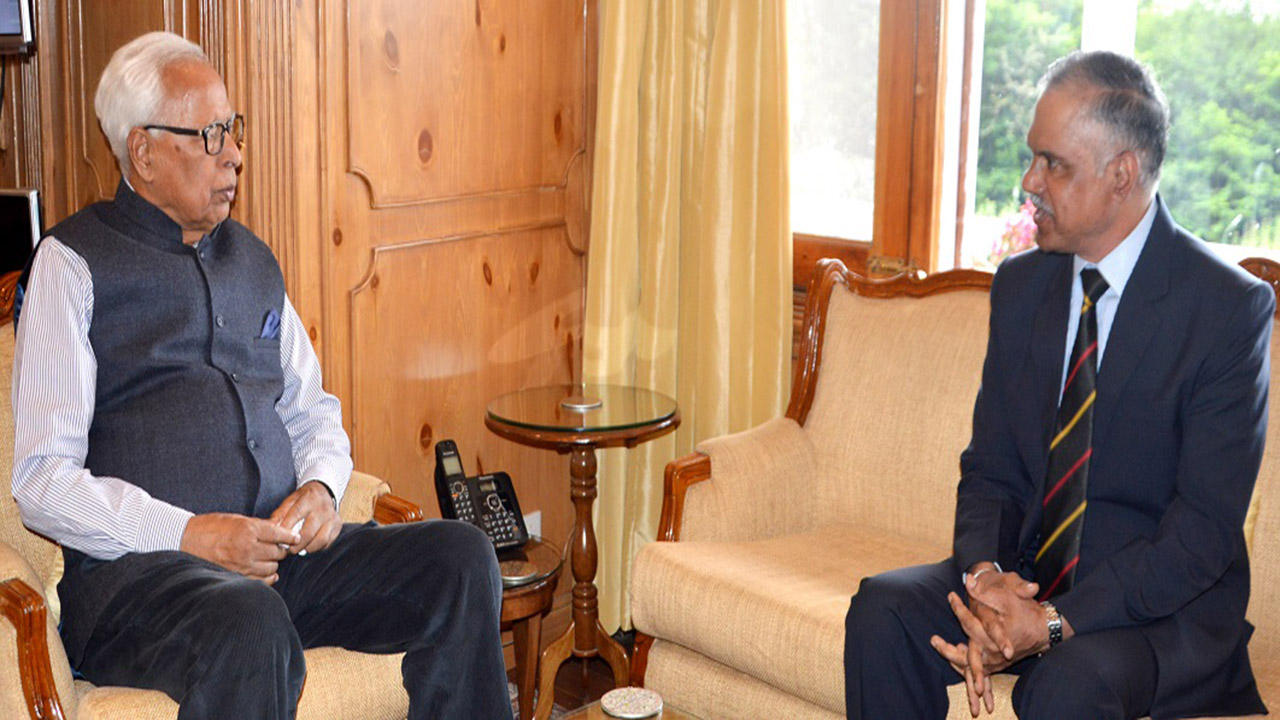 SRINAGAR: Lt. Gen. Devraj Anbu, Army Commander Northern Command, who has been appointed as the next Vice Chief of Army Staff, called on Governor N.N. Vohra at the Raj Bhavan today.

Governor had extensive discussions with Lt. Gen. Anbu regarding the obtaining security situation; the losses and serious difficulties arising from the recurring violations of the Cease Fire Agreement from across the IB and LoC and security arrangements for the forthcoming Amarnathji Yatra.

Governor also discussed with Lt. Gen. Anbu issues relating to the ceasefire which was announced on the eve of Ramadan and how it could form the basis of sustaining arrangements in the future.