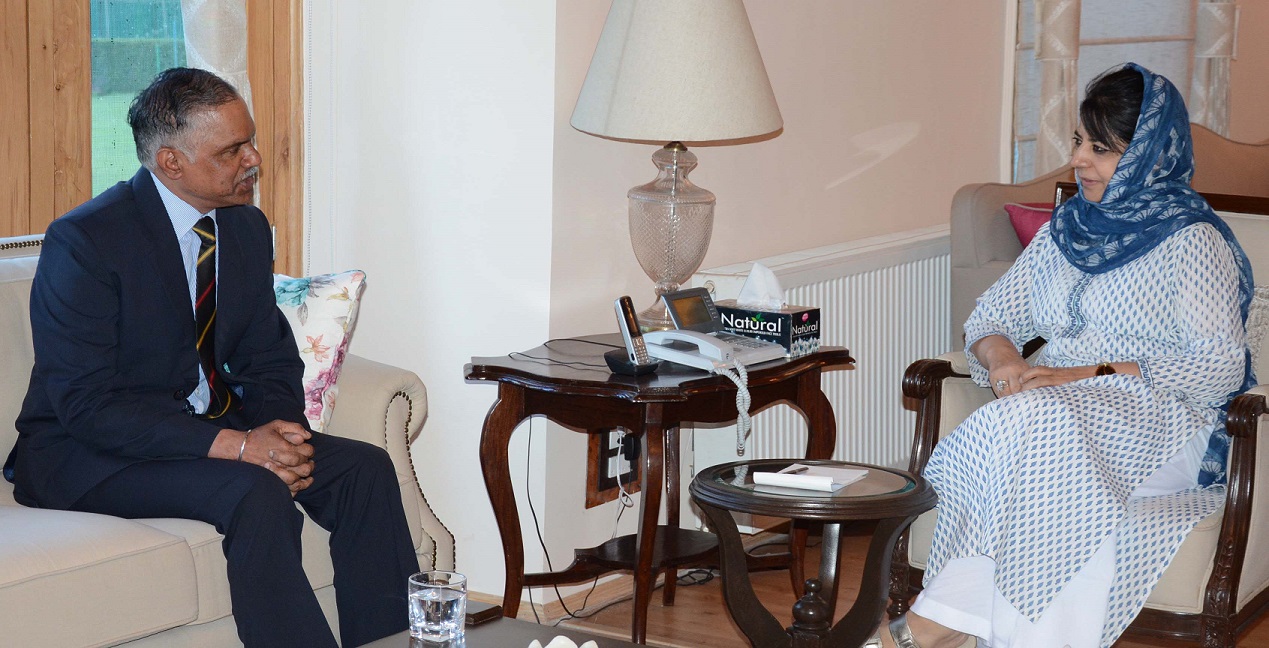 During the meeting, the Army Commander briefed the Chief Minister about the overall obtaining security scenario in the State particularly after the announcement of Ramadhan Ceasefire.

The Chief Minister advised the Army Commander to work in synergy with other security agencies and ensure that the relief and hope generated by the ceasefire among common masses is sustained and carried forward. She also asked the Army to facilitate people during the holy month in whatever means possible.

Lt. Gen. Anbu also briefed the Chief Minister about the obtaining situation along borders in the State particularly International Border and measures being taken for the safety and security of people living in these areas.