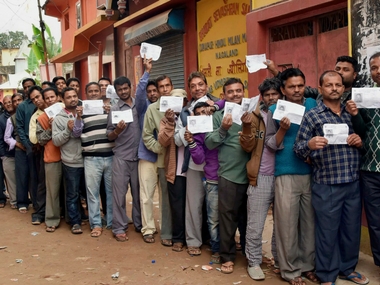 The re-poll will be held from 7 am to 6 pm tomorrow, official sources said.

The EC has ordered the transfer of the Gondia collector for “dereliction of duty”, a top official of the poll panel said, adding that the new collector has assumed charge.

Notifications for the re-poll have been issued in Lucknow, Kohima and Mumbai. (AGENCIES)