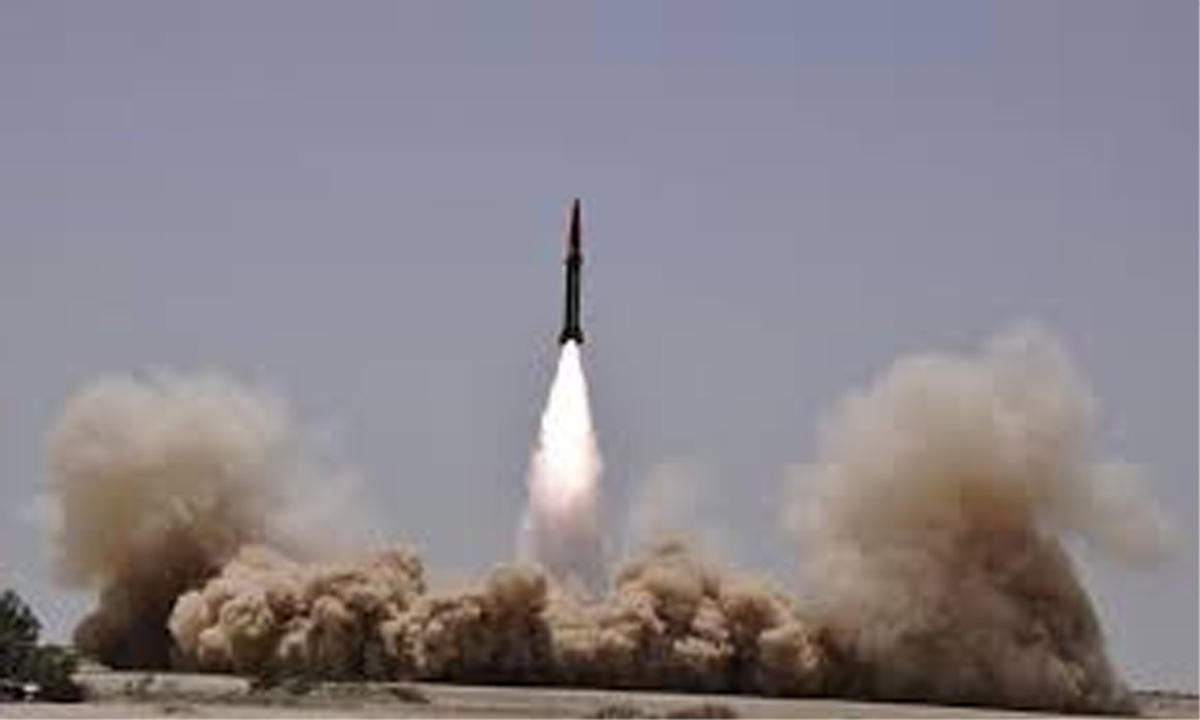 SEOUL, Aug 24: North Korea Saturday fired what appeared to be two short-range ballistic missiles into the sea after vowing to remain the biggest “threat” to the United States and branding Secretary of State Mike Pompeo as “toxin.”

It was the latest in a series of short-range missile tests the nuclear-armed nation has carried out in recent weeks in protest against US-South Korean military exercises, which it sees as a rehearsal for invasion. The latest joint drill wrapped up on Tuesday.

“The military detected two unidentified projectiles presumed to be short-range ballistic missiles,” South Korea’s Joint Chiefs of Staff in a statement Saturday after the latest launch.

The missiles flew about 380 kilometres (240 miles) and reached an altitude of 97 kilometres at a top speed of Mach 6.5 before landing in the East Sea, also known as Sea of Japan, it said.

“Our military is tracking the movement in the North in case of additional launches, with firm readiness,” it added.

South Korea’s presidential Blue House convened a National Security Council meeting and expressed “grave concerns” in a statement, pointing out Pyongyang had carried out the launch after the joint US-South Korea military drills had ended.

“NSC members agreed to continue diplomatic efforts with the international community to bring the North back to negotiation table with the US to achieve the goal of complete denuclearisation in the Korean peninsula.”

“It can’t be overlooked no matter what the size and distance are,” he said.

Washington was monitoring the situation following reports of a missile launch, a senior US official said.

“We are consulting closely with our Japanese and South Korean allies.”

South Korea’s military said it would share intelligence on the launches with Japan despite Seoul saying earlier this week that it was terminating such exchanges amid a growing diplomatic and trade spat with its neighbour, which had raised concern it could weaken tracking of Pyongyang’s actions by the US allies.

Nuclear talks between Pyongyang and Washington have been gridlocked since a second summit in Hanoi in February collapsed without an agreement over the extent of denuclearisation in the North and a sanctions relief.

US President Donald Trump and North Korean leader Kim Jong Un agreed to kick start working-level talks during an impromptu meeting at the Demilitarised Zone on June 30 but no contacts have been held since with the North repeatedly expressing anger at the war games.

Earlier this week, Stephen Biegun, the US special envoy for North Korea, said during a visit to Seoul that Washington was “prepared to engage” as soon as it hears from Pyongyang.

But on Friday, the North vowed to “remain as the biggest ‘threat’ to the US” if Washington persisted with sanctions, in a statement by Foreign Minister Ri Yong Ho.

Ri also launched a scathing attack on Pompeo, calling him a “diehard toxin” after the top US diplomat said Washington would continue to keep the “toughest” sanctions on the North until the reclusive state denuclearises. (Agencies)