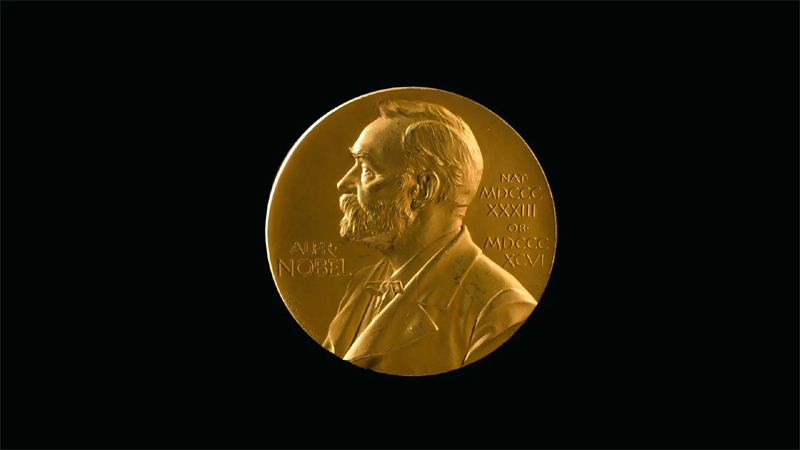 Stockholm, Sept 30: This year’s Nobel Prize season approaches as Russia’s invasion of Ukraine has shattered decades of almost uninterrupted peace in Europe and raised the risks of a nuclear disaster.

The secretive Nobel committees never hint who will win the prizes in medicine, physics, chemistry, literature, economics or peace.

It’s anyone’s guess who might win the awards being announced starting Monday.

Yet there’s no lack of urgent causes deserving the attention that comes with winning the world’s most prestigious prize: Wars in Ukraine and Ethiopia, disruptions to supplies of energy and food, rising inequality, the climate crisis, the ongoing fallout from the COVID-19 pandemic.

The science prizes reward complex achievements beyond the understanding of most.

But the recipients of the prizes in peace and literature are often known by a global audience and the choices — or perceived omissions — have sometimes stirred emotional reactions.

Members of the European Parliament have called for Ukrainian President Volodymyr Zelenskyy and the people of Ukraine to be recognised this year by the Nobel Peace Prize committee for their resistance to the Russian invasion.

While that desire is understandable, that choice is unlikely because the Nobel committee has a history of honouring figures who end conflicts, not wartime leaders, said Dan Smith, director of the Stockholm International Peace Research Institute.

Honouring the IAEA again would recognise its efforts to prevent a radioactive catastrophe at the Russian-occupied Zaporizhzhia atomic power plant at the heart of fighting in Ukraine, and its work in fighting nuclear proliferation, Smith said.

“This is a really difficult period in world history and there is not a lot of peace being made,” he said.

India’s Mohandas Gandhi, a prominent symbol of non-violence in the 20th century, was never so honoured.

But former US President Barack Obama was in 2009, sparking criticism from those who said he had not been president long enough to have an impact worthy of the Nobel.

In some cases, the winners have not lived out the values enshrined in the peace prize.

Some accuse Abiy of stoking the tensions, which have resulted in widespread atrocities. Critics have called for his Nobel to be revoked.

The Myanmar activist Aung San Suu Kyi won the peace prize in 1991 while being under house arrest for her opposition to military rule.

Decades later, she was seen as failing in a leadership role to stop atrocities committed by the military against the country’s mostly Muslim Rohingya minority.

The Nobel committee has sometimes not awarded a peace prize at all.

It paused them during World War I, except to honour the International Committee of the Red Cross in 1917. It didn’t hand out any from 1939 to 1943 due to World War II.

In 1948, the year Gandhi died, the Norwegian Nobel Committee made no award, citing a lack of a suitable living candidate.

The peace prize also does not always confer protection.

Last year journalists Maria Ressa of the Philippines and Dmitry Muratov of Russia were awarded “for their courageous fight for freedom of expression” in the face of authoritarian governments.

Following the invasion of Ukraine, the Kremlin has cracked down even harder on independent media, including Muratov’s Novaya Gazeta, Russia’s most renowned independent newspaper.

Muratov himself was attacked on a Russian train by an assailant who poured red paint over him, injuring his eyes.

The Philippines government this year ordered the shutdown of Ressa’s news organisation, Rappler.

The literature prize, meanwhile, has been notoriously unpredictable.

Gurnah was only the sixth Nobel literature laureate born in Africa, and the prize has long faced criticism that it is too focused on European and North American writers.

It is also male-dominated, with just 16 women among its 118 laureates.

A clear contender is Salman Rushdie, the India-born writer and free-speech advocate who spent years in hiding after Iran’s clerical rulers called for his death over his 1988 novel “The Satanic Verses.”

Rushdie, 75, was stabbed and seriously injured at a festival in New York state on August 12.

The prizes to Gurnah in 2021 and US poet Louise Gluck in 2020 have helped the literature prize move on from years of controversy and scandal.

In 2018, the award was postponed after sex abuse allegations rocked the Swedish Academy, which names the Nobel literature committee, and sparked an exodus of members.

The academy revamped itself but faced more criticism for giving the 2019 literature award to Austria’s Peter Handke, who has been called an apologist for Serbian war crimes.

Some scientists hope the award for physiology or medicine honours colleagues instrumental in the development of the mRNA technology that went into COVID-19 vaccines, which saved millions of lives across the world.

“When we think of Nobel prizes, we think of things that are paradigm shifting, and in a way I see mRNA vaccines and their success with COVID-19 as a turning point for us,” said Deborah Fuller, a microbiology professor at the University of Washington.

The Nobel Prize announcements this year kick off on Monday with the prize in physiology or medicine, followed by physics on Tuesday, chemistry on Wednesday and probably, though the date has not been confirmed, literature on Thursday.

The 2022 Nobel Peace Prize will be announced on October 7 and the economics award on October 10.