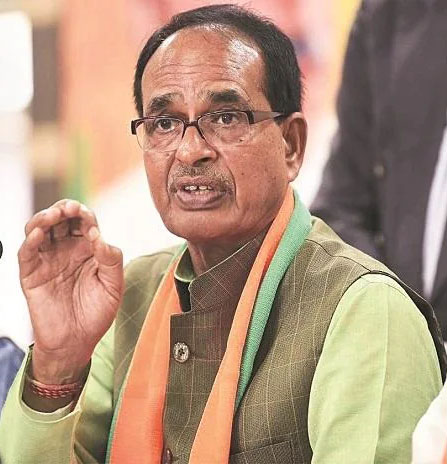 BHOPAL, May 22:
Madhya Pradesh Chief Minister Shivraj Singh Chouhan on Sunday claimed Rahul Gandhi was the country’s “most failed, desperate, frustrated and hopeless leader” and that since nobody listens to the Congress MP in India, he vents out his frustration abroad.
Chouhan was reacting to Gandhi’s remarks at a conference in London where the latter recently accused the the BJP of spreading “kerosene all over the country” and said “you need one spark and we will be in big trouble”. “Rahul Gandhi is the country’s most unsuccessful, frustrated and hopeless leader. No patriotic leader makes anti-national statements like Rahul Gandhi does while visiting the foreign soil. No one in the country now listens to him, so he is venting out his frustration abroad,” Chouhan said in a statement on Twitter. Rahul Gandhi has raised a question mark on his patriotism and loyalty to the nation by making such remarks, the chief minister said. “We have never criticised the country on foreign soil, but what else can be expected from a frustrated, desperate and hopeless person?” he further said. It is surprising that some Congress leaders are running a campaign to make Rahul Gandhi as the party president, Chouhan said, adding that “only God can then save the Congress.” The senior BJP leader also said he had visited the US when Dr Manmohan Singh was India’s prime minister. “Journalists in the US had asked me a question if the then Prime Minister Manmohan Singh ji was an ‘Underachiever’? I had replied that he is the prime minister of India and not of the Congress and the country’s PM can never be an Underachiever,” Chouhan tweeted. (PTI)