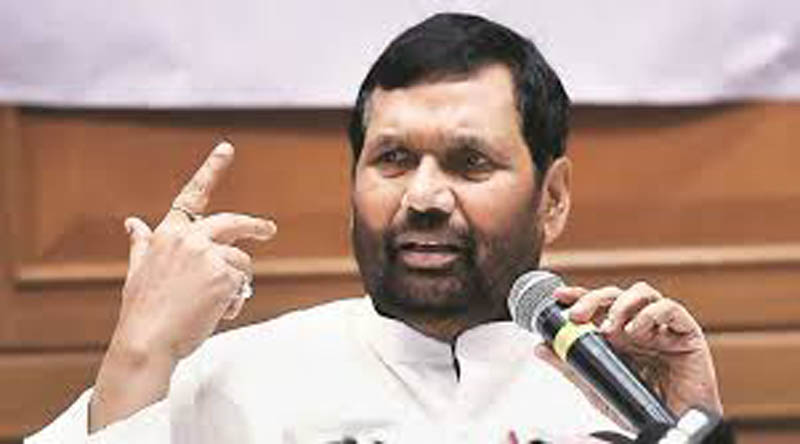 NEW DELHI, Aug 20: Asserting that there is no need for any “debate” on the issue of reservation, BJP ally and Union minister Ram Vilas Paswan said on Tuesday it is a constitutional right of the weaker sections of society. The Lok Janshakti Party president’s comments come days after RSS chief Mohan Bhagwat’s remarks that there should be conversation in harmonious atmosphere between those in favour of reservation and those against it.
Paswan said reservation is a constitutional right and added that Prime Minister Narendra Modi has reiterated it many times that it can not tampered with. “There is no need for any debate on reservation. This is now available even to the upper castes poor so it is impossible that it will be ended,” he told reporters. Paswan, however, did not react directly to Bhagwat’s comments, saying he had not got details of his remarks. He accused opposition parties of doing politics over the issue. “Opposition parties are trying to fuel a controversy. But I believe their lies are not going to cut ice with the people,” Paswan stated. (PTI)