E-Paper
Home Todays story No mention of fire safety measures in Rules on registration of saw... 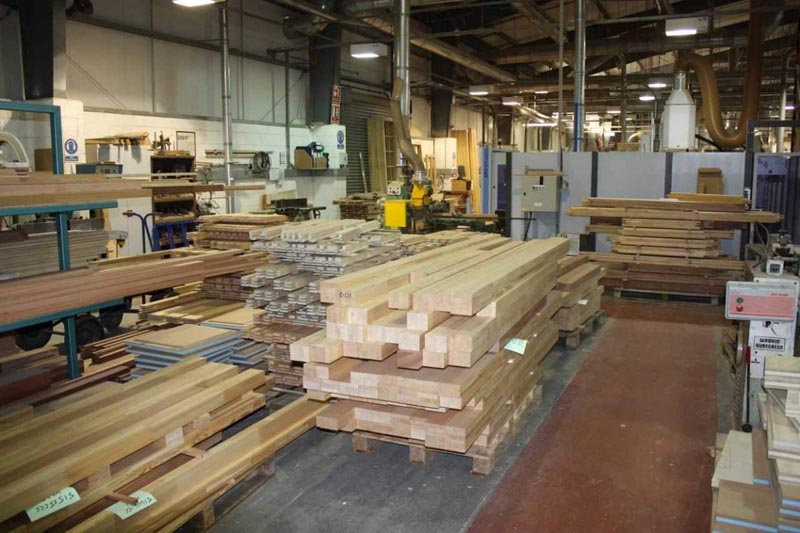 JAMMU, Feb 14: Shocking it may sound but it is a fact that there is no mention of the fire safety measures in the Rules, which govern registration and regulation of wood-based industries including saw mills in the Union Territory of Jammu and Kashmir. Moreover, no serious efforts are being made either to amend the obsolete J&K Fire Force Act or frame Rules so as to make seeking No Objection Certificate (NOC) from the Fire and Emergency Services Department mandatory for each and every commercial organization.
Official sources told EXCELSIOR that vide Notification dated March 26, 2012, the Forest Department framed Jammu and Kashmir Wood-based (Saw Mills, Veneer and Plywood) Industries (Registration and Regulation) Rules.
This was done in exercise of powers conferred by Clause (cc) of Section 45 and Section 45-A of the Jammu and Kashmir Forest Act, 1987 and in pursuance to the order of the Supreme Court of India dated January 16, 2012 in a Writ Petition.
Rule 4 of these Rules states: “Any person seeking a license for primary wood-based industry or secondary wood based industry shall make an application to the licensing authority in Form-1 and 2 respectively”. However, there is no mention of seeking No Objection Certificate from the Fire and Emergency Services Department either in this Rule or the Forms.
Similarly, under Sub-Rule 2 of Rule 4 nothing has been mentioned about installation of fire fighting equipment although several other conditions have been mentioned there. Even under Rule 6, which deals with renewal of license, nothing is mentioned about the fire safety aspect.
Under Rule 8, which empowers the licensing authority to issue directions, it has simply been mentioned that the licensing authority from time to time issue such directions to the licensee of the primary/secondary wood-based industry as it deems necessary with regard to any matter directly connected to the business of the industry and the same shall be binding on the licensees.
“In view of this ambiguity in the Jammu and Kashmir Wood-based (Saw Mills, Veneer and Plywood) Industries (Registration and Regulation) Rules, 2012, there is absolutely no focus on ensuring installation of fire fighting equipment in the saw mills or other wood-based industries”, sources said while disclosing that majority of such industries lack proper or functional fire fighting equipment.
They further informed that wood-based industries including saw mills are rarely inspected by the concerned authorities although Rule 10 gives sufficient powers to the authorities in this regard. “It is only at the time of renewal of licensee that inspection is conducted albeit not in respect of every licensee but again the fire fighting aspect is not paid due attention”, sources said.
Had installation of proper fire fighting equipment been made mandatory under these Rules, the recent incident at Talab Tillo could have either been averted or damage minimized, they said.
When contacted, Principal Chief Conservator of Forest Mohit Gera said, “even if there is no mention about fire safety measures under Jammu and Kashmir Wood-based (Saw Mills, Veneer and Plywood) Industries (Registration and Regulation) Rules we generally issue instructions to wood-based industries in this regard”.
Another shocking aspect is that J&K Fire Force Act, which was enacted in the year 1967, has not been updated till date. “Moreover, Rules of this legislation have not been framed during the past 53 years”, sources informed, adding “had Rules been framed seeking NOC from the Fire and Emergency Department by all the commercial organizations including wood-based industries would have been made mandatory”.
They further informed that draft Rules of J&K Fire Force Act were framed in the year 2012 and were even forwarded to the Home Department for approval in consultation with the Department of Law, Justice and Parliamentary Affairs but what happened thereafter is not known to anybody.
“Even in the recent past comments on the new Rules were furnished to the Home Department by the Fire and Emergency Services Depart-ment on the directions of the Union Ministry of Home Affairs but again there is no further development and obsolete J&K Fire Force Act is still being enforced in this Union Territory”, sources said.