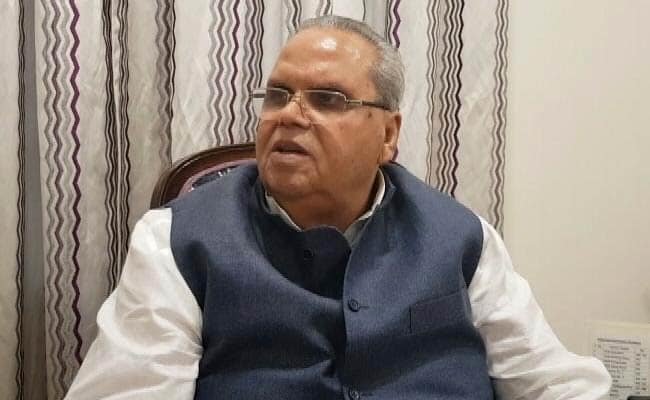 Mohinder Verma
JAMMU, Mar 28: Resentment is brewing among the employees and pensioners as no headway has been made by the Health and Medical Education Department on the ‘Trust Based’ Health Insurance Model which was approved by the State Administrative Council headed by Governor Satya Pal Malik exactly two months back.
Moreover, no action has been taken against those who had committed fraud in signing of contract with Anil Ambani’s Reliance General Insurance for Group Medical Insurance Policy for Government employees, which was later terminated.
Following scrapping of previous Medical Claim Policy, the Governor’s Administration had constituted a committee of officers headed by Principal Secretary, Health & Medical Education Department to examine the possibility of operating the Health Insurance Scheme through Third Party Administrator (TPA) by dispensing with the insurer and intermediary. The committee was mandated to determine the contours of such scheme and a selection procedure.
The committee after discussing and analyzing health insurance models of various States submitted its report along with three models. These models/options were considered by the State Administrative Council (SAC) in its meeting held on January 28, 2019 vis-à-vis advantages and disadvantages.
After considering feasibility of various models and their merits, the SAC headed by Governor Satya Pal Malik decided that the ‘Trust Model’ may be implemented for the employees’ health insurance across the State for its added advantages.
It was stated that under this model, Government will set up a Trust, which may design appropriate insurance product and offer it to designated beneficiaries–State Government employees and pensioners.
“The administration of the scheme including collection of premium, enrolment of the insured and settlement of claims will be with the Trust. This measure will address the issue on long term basis and do away with renewal and other issues which crop up every now and then”, the SAC had stated in its decision.
Accordingly, SAC had directed the Health and Medical Education Department to take necessary measures in this regard so that ‘Trust Based’ Health Insurance Model for the Government employees and pensioners could be made operational as early as possible.
However, despite lapse of exactly two months the Health and Medical Education Department has not started even basic exercise for setting up of a Trust, official sources told EXCELSIOR, adding “the intensity of the non-serious approach can be gauged from the fact that even discussion has not been initiated on the model approved by the SAC”.
While confirming that no follow-up exercise has been initiated on the SAC decision till date, a senior officer of the Health and Medical Education Department, on the condition of anonymity, said, “at present entire machinery of the Administrative Department is involved in mandatory exercise related to closure of the financial year”, adding “the issue will be discussed in the month of April and we will try to complete the procedural formalities as early as possible”.
“Even if the Health and Medical Education Department succeeds in setting up of Trust during the month of April the model selected by the SAC would not become operational in view of restrictions imposed under Model Code of Conduct for General Elections”, sources said, adding “had prompt action been taken soon after SAC’s decision the Trust Based Health Insurance Model would have been made operational till date”.
“Due to slackness in giving practical shape to the SAC’s decision, resentment is brewing among the State Government employees and pensioners”, sources said, adding “the employees and pensioners have gathered an impression that even during Governor’s Rule there is no end to dilly-dallying approach in handling their important issues”.
Moreover, no action has been taken against those who had committed fraud in the contract of earlier policy, which was later scrapped on the instructions of Governor.
The revelations about the fraud in the earlier policy were made by none else than the Governor on October 24, 2018. He had stated that the Government hadn’t even called the tenders for the policy and a front company was floated by the officers to call the tenders, which were not uploaded on the Government website.
Since fraud was brought to the fore by none else than the Governor, it was imperative to identify the erring officers and punish them in order to send a clear message that at least during Governor’s Rule such acts are not going to be tolerated, sources said.