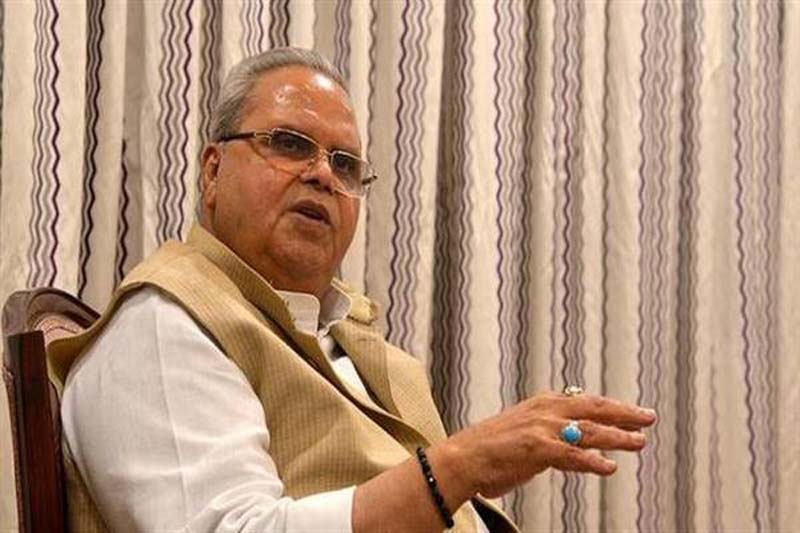 Deadline near completion, panel to suggest plan yet to be framed

Hundreds of employees wary about future

Mohinder Verma
JAMMU, July 25: Though hundreds of employees of the Jammu and Kashmir Cooperative Supply and Marketing Federation (JAKFED) are wary about their future yet there is no follow-up action on the State Administrative Council (SAC) decision about winding up of the Federation by adopting suitable model.
The State Administrative Council, which met under the chairmanship of Governor Satya Pal Malik on June 20, 2019, accorded sanction to the winding up of Jammu and Kashmir Cooperative Supply and Marketing Federation.
It was decided by the SAC that the process of winding up of the Federation will be concluded by the Registrar, Cooperative Societies J&K in terms of Section 74 of the Jammu and Kashmir Cooperative Society Act, 1989 by August 31, 2019.
The highest decision making body during the Governor’s Rule also directed the Cooperative Department to constitute a committee which will coordinate the winding up of JAKFED. “The Cooperative Department under the guidance of the committee will come up with a detailed plan including an appropriate Voluntarily Retirement Scheme (VRS) for employees of the Federation by July 31, 2019”, read the decision of the SAC.
“Though the deadline for coming up with a detailed winding up plan is nearing completion yet even committee has not been constituted either by the Cooperative Department or by the Government”, official sources told EXCELSIOR, adding “in the absence of plan how the process of winding up of Federation by August 31, 2019 will be completed remains a million dollar question”.
Moreover, no steps have been taken even over one month after the SAC decision about transfer of services like procurement and distribution of fertilizer, building material and domestic gas etc to any other wing of the Government or of the Cooperative Department, sources further informed.
It is pertinent to mention here that JAKFED registered under Jammu and Kashmir Cooperative Societies Act, 1989 is an apex level institution in the cooperative sector and its major activities included procurement and distribution of fertilizer, building material and domestic gas.
Numerous telephonic calls were made by EXCELSIOR to the Secretary to the Government Cooperative Department Abdul Majid Bhat to ascertain the reasons behind delay in formulation of committee to suggest winding up plan but there was no response.
However, sources in the General Administration Department, which has to play crucial role in deciding the fate of hundreds of employees of the Federation, said, “the department has not received any proposal vis-à-vis employees or communication on any other aspect from the Cooperative Department”.
Registrar General Cooperative J&K M M Rehman, when contacted, said, “hopefully committee to suggest winding up plan will be formulated within next few days”, adding “if need arises Government can be approached for extending time-frame for completion of winding up process”.
“Though only one month has been left to complete the exercise as per the decision taken by the SAC yet there are no formal orders even about taking over of movable and immovable assets of JAKFED”, sources said, adding “Cooperative Department doesn’t have the magic band to complete the lengthy process within days especially in the light of the fact that during the past over one month it has not initiated any major follow-up action on the Administrative Council decision”.
Due to dilly-dallying approach of the Cooperative Department in giving practical shape to the winding up decision hundreds of employees of the Federation are wary about their future. “They don’t know whether they will be offered VRS or absorbed in other departments as such as impression was given to them by those who remained at the helm of affairs in the Federation ever since the proposal about winding up of Federation was mooted”, sources said, adding “even the names of certain employees for deployment in other departments have been forwarded to the General Administration Department”.
Moreover, majority of the employees of the Federation have not been paid salaries during the past several months as if their grievances carry no importance for the Government.
It is worthwhile to mention here that JAKFED was a profit earning organization but it could not sustain the same on account of malpractices which were probed by a High Level Committee (Pillai Committee) and, thereafter, by the Joint House Committee of Legislative Council.