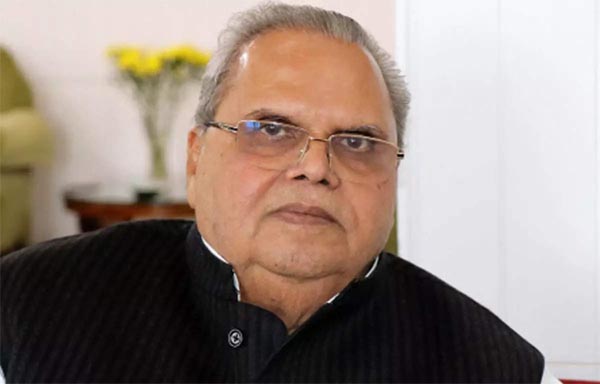 NEW DELHI, Oct 1:
Arunachal Pradesh Governor B D Mishra has been given additional charge of Meghalaya with incumbent Satya Pal Malik, whose remarks against the now-repealed farm laws made the headlines during the farmers’ protest, completing his term on October 3.
Malik, 76, has served as Governor of Bihar, Jammu and Kashmir and Goa before being moved to Meghalaya in August 2020.
The Rashtrapati Bhawan said in a communique on Saturday, “The tenure of Shri Satya Pal Malik, Governor of Meghalaya is going to be completed on 03.10.2022.”
“The President of India has been pleased to appoint Brig. (Dr.) B.D. Mishra (Retd.), Governor of Arunachal Pradesh to discharge the functions of the Governor of Meghalaya, in addition to his own duties from the date he assumes charge of the office of the Governor of Meghalaya, until regular arrangements are made,” the communique said.
Malik was the Governor of Jammu and Kashmir when Article 370 was withdrawn and the State was divided into two Union Territories. He, thus, became the last Governor of the erstwhile State of Jammu and Kashmir.
He was appointed Governor of Bihar in 2017 before being moved to Jammu and Kashmir in 2018. After the State was divided into two UTs, Malik was shifted to Goa and finally to Meghalaya.
He courted controversies with his statements on farmers’ agitation and was publicly critical of the Government.
Also, in one of the statements, he had claimed that during his tenure as JK Governor, two files had come to him and he was offered a huge bribe by a prominent business house of the country and a representative of a political party.
The CBI had registered two cases in this connection.
Hailing from Bhagpat of Uttar Pradesh, Malik was also a Rajya Sabha member from 1980-89.
A recent media report quoted him as saying he would not be joining any political party after his retirement but continue to work for the cause of farmers. (PTI)