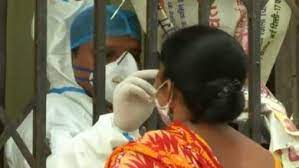 KOLKATA, June 30: With the advent of PMJDY since 2014, the financialisaton of women is gaining traction, according to Dr Soumya Kanti Ghosh, Group Chief Economic Adviser, State Bank of India.
Both women depositors and women borrowers have increased in the country as a lot of policies/missions based on lifecycle approach (see Annexure) for women have been implemented by the Government in last eight years, Ghosh said.
“Schemes like MUDRA loan, Sukanya Samriddhi, Women scholarships, Ujjawala etc. along-with PMJDY provide various financial instruments in the hands of women. The share of women stands at 81 per cent in Stand-Up India, 71 per cent in MUDRA loans, 37 per cent in PMSBY and 27 per cent in PMJJBY, which is encouraging,” Ghosh added.
According to ‘Deposits with Scheduled Commercial Banks ? March 2022 (BSR 2)’, the share of women depositors in incremental bank deposits during FY22 increased to 35 per cent from 15 per cent in FY21, a whopping increase of 20 percentage points.
“Even if we consider the share of women depositors in FY22 over FY20 (as FY21 was an exceptional year) in incremental bank deposits, the share increased by 6 percentage points,” he stated.
One of the possible reasons for enhanced traction in opening of women accounts seems to be focus on opening accounts for all the members of SHGs (as against those of President and Secretary earlier).
Intriguingly, the share of women depositors in Private Sector Banks and Small Finance Banks remained constant in FY22 as compared to FY20. The share of women depositors in Foreign Banks declined by ~11 percentage points. Interestingly the same amount of increase was exhibited in the case of PSBs.
The state-wise analysis indicate that the top 4 big states where the share of women depositors increased in FY22 over FY20 are: UP, Telangana, Karnataka, Kerala. The declining share of women depositors in states like Delhi, MP and few NE states is quite disturbing and needs course correction at the earliest.
Regarding women borrowers, according to ‘Quarterly Basic Statistical Returns (BSR)-1: Outstanding Credit of Scheduled Commercial Banks (SCBs), March 2022’, credit to women borrowers (9.1 crore accounts) has stood at 22.5% share in bank loans to individuals, during 2021-22.
“If we look at sector-wise credit to women customers, it indicates that credit has increased in almost all major heads like Agri, Industry (Mining, Manufacturing, Electricity, Gas & water) and Trade. However, a little decline was seen in personal loans segments.
This seems, Covid19 pandemic has encouraged women to take MSME loans, which was guaranteed through ECLGS schemes,” Ghosh mentioned. 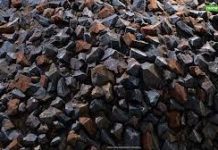