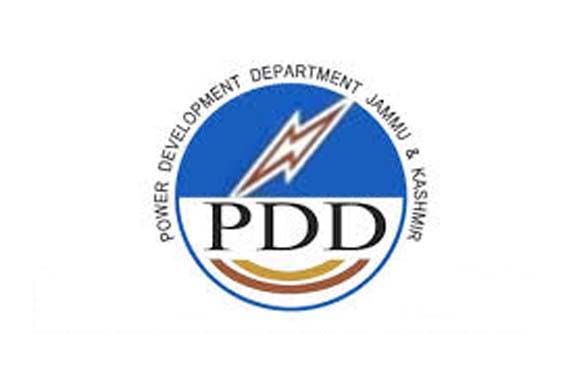 For PDD, Commission is only meant for seeking power tariff revision
Vague replies on all vital points in latest petition

Mohinder Verma
JAMMU, Oct 22: Undermining its importance, Power Development Department is sleeping over several directives of the Jammu and Kashmir State Electricity Regulatory Commission (JKSERC) during the past several years, which otherwise are aimed at bringing major improvements in the power sector. Moreover, the continuous non-serious approach clearly indicates that for the department the Commission is meant only for seeking hike in the power tariff instead of resolving other burning issues.
Official sources told EXCELSIOR that Power Development Department has entered into a Memorandum of Understanding with the Union Ministry of Power under Ujjwal Discom Assurance Yojna (UDAY) Scheme for operational and financial turnaround of the utility. Under this scheme, the PDD has committed to achieve operational milestones.
These milestones include 100% feeder metering, energy audit up to 11 KV levels in rural areas, feeder improvement programme, physical feeder segregation, smart meters for consumers, implementation of ERP systems and replacement of at least 10% of agricultural pumps with energy efficient pumps etc.
The State Electricity Regulatory Commission in its earlier orders had directed the Power Development Department to submit a detailed action plan for implementation/ achievement of operational milestones agreed to it under the UDAY scheme. For this, the Commission had granted time-frame of one month.
“However, despite lapse of considerable period of time the Power Development Department has failed to ensure compliance of the Commission’s directives”, sources said while disclosing that in its latest tariff petition the PDD has requested the Commission to grant more time for the submission of the detailed action plan.
Moreover, the Commission had directed that the subsidies proposed to be provided by the Government in terms of the announcement made in the budget speech shall be regulated strictly in terms of the provisions of the Section 59 of the Act read with JKSERC Distribution Tariff Regulations 2012 and a detailed information shall be provided to the Commission in this regard.
In response to this directive, the PDD has simply mentioned: “The Department has noted the direction and shall comply accordingly”, “This clearly indicates that there is no strict compliance of this directive also”, sources said.
Similarly, the Commission had directed the PDD to conduct feeder-wise energy audit and consumer indexing for estimating the base transmission and distribution loss level. “Subsequently, the PDD should identify feeders with high loss levels and develop a holistic loss reduction plan for reducing distribution losses on such feeders”, the SERC had further directed.
“However, there is no compliance and PDD has simply conveyed to the SERC that 100% compliance shall be possible only after full implementation of the Centrally Sponsored Schemes in distribution sector like R-APDRP, IPDS and DDUGJY. But no time-frame has been mentioned for complete implementation of these schemes”, sources said.
“The PDD has noted the direction of the Commission and shall comply accordingly” is the reply of the department in response to the directive regarding installation of energy meters in all Government departments.
The Commission had also directed the PDD to open a separate account for meeting the annual fixed obligation of renewable energy while making it clear that no diversion of funds earmarked for meeting the Renewable Purchase Obligation targets would be allowed.
“The PDD should ensure that it meets the RPO targets by initiating timely action for inviting competitive bids for procurement of solar/non-solar power”, the SERC had further asked the PDD, which however, has conveyed even after lapse of considerable period of time that direction of the Commission will be complied with.
Moreover, there is no action on the directive regarding establishment of Consumer Grievance Redressal Forum as per the State Electricity Act, 2010 and Jammu and Kashmir State Electricity Regulatory Commission (Consumer Redressal Forum, Ombudsman and Consumer Advocacy) Regulations, 2012.
The Commission, while issuing this direction, had observed with concern that J&K was amongst the few States in the country which don’t have Consumer Grievance Redressal Forum/Ombudsman, which otherwise was imperative to bring efficiency and transparency in the system.
“All this clearly indicates that for the Power Development Department the SERC is only meant for seeking revision in power tariff instead of acting on its directives”, sources remarked.