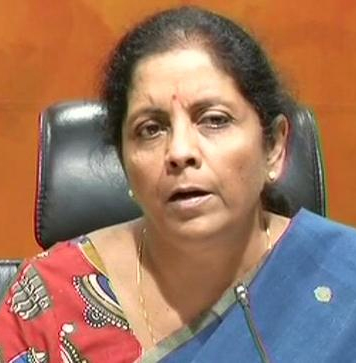 The central government today formally rejected Jammu and Kashmir Chief Minister Mehbooba Mufti’s call for a ceasefire in the state to ease tension during the fasting period of Ramazan and the Amarnath Yatra.

Speaking to the media, defence minister Nirmala Sitharaman today said, “Indian Army has to firmly handle any terrorism which threatens the peace and harmony of Jammu and Kashmir as a state and of the rest of country. The army’s position is that it has to be firm on terrorism.”

“Jammu and Kashmir is an integral part of India. Terrorism has to be eliminated by the Indian Army for which firm action is required. There will be no let up on terror. We will take action every minute,” Sitharaman added.

Mehbooba’s call for a ceasefire had come in an all-party meeting convened on May 9 to discuss the worsening security situation in Jammu and Kashmir amid civilian deaths in encounters.

Sitharaman’s statement comes days after Mehbooba Mufti claimed the participants had agreed to appeal to the Centre to announce a ceasefire within the state from the fasting month of Ramazan, starting later this week, to the end of the Amarnath Yatra to ease tension during these periods significant for devotees.

“Everyone was concerned about the present situation (in the Valley), about the killings, the youth picking up guns, stone-pelting which also took the life of a tourist from Tamil Nadu. Everyone agreed that we should appeal to the government of India to consider a ceasefire like the unilateral ceasefire in (former Prime Minister Atal Bihari) Vajpayee’s time,” Mehbooba had told reporters after the four-hour meeting.

The Peoples Democratic Party (PDP) leader had said the Centre should think of a ceasefire so that the people could get some relief “because they are facing many difficulties due to encounters, crackdowns and search operations”.

The Bharatiya Janata Party, which is also in alliance with PDP in Jammu and Kashmir, too, had rejected her proposal. “What guarantee will there be that the Army will not be attacked?” General Bipin Rawat had reportedly asked.

Jitendra Singh, Minister of State in the Prime Ministers office, without naming Mehbooba, accused her of “playing politics” over Ramazan. (Agencies)