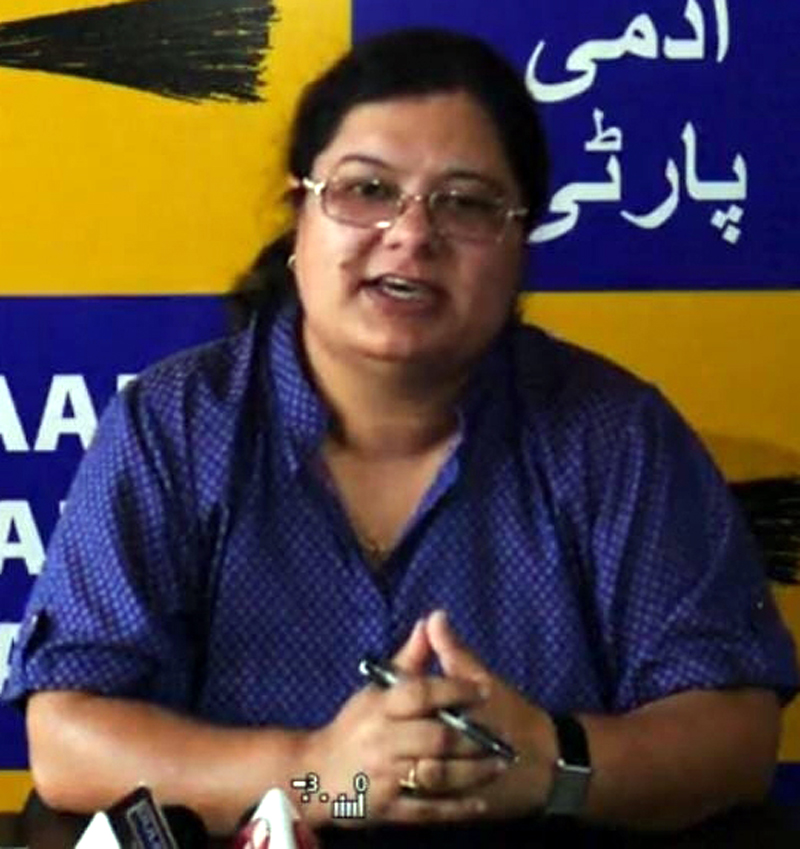 SRINAGAR, Sept 14: Terming role of Haryana gang behind Jammu and Kashmir Police Sub Inspector paper leak scam as a shocking development that shows deep rooted nexus of people, spokesperson of Aam Aadmi Party (AAP) from Kashmir Sheema Farooqi said that not even a single arrest made so far in this high profile case shows that accused are being shielded from high level.
“It has come to fore that a gang from Haryana is involved in this paper leak scam and willing candidates paid Rs 20-30 lakhs for accessing question paper and this clearly shows that the scam is deep rooted and those involved in it are having long roots in system and this is not just a localized scam but an inter-state scam,” Farooqi said while addressing a press conference today.
She added that with surfacing of a gang from Haryana in this case, another link of scam with BJP has come to fore and this is high time when BJP should come before public and speak on allegations of links with scam as earlier name of a PRI from BJP surfaced in the issue. She further mentioned that those involved in this scam are going free and not even a single arrest has been made which shows that those involved in irregularities are being shielded from top level and there are enough instances of apprehension that large scale raids by CBI are just an eye wash.
Farooqi stated that LG Administration and BJP Government has failed to ensure a proper mechanism of recruitment in Jammu and Kashmir and now tall claims are being made for fair recruitment which however is a dream and a false slogan.
“Only the AAP is raising voice against these irregularities and attempting to safeguard the future of youth and this is also clear before everyone that only AAP can provide a fair and transparent system in J&K,” she added.