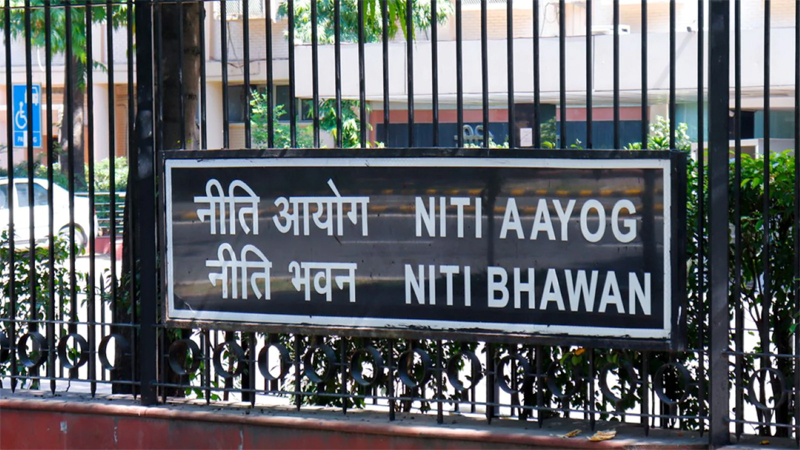 NEW DELHI, Nov 27:
NITI Aayog Vice Chairman Suman Bery on Sunday expressed concern over the revival of Old Pension Scheme by some states, saying it would burden future taxpayers at a time when India needs to focus on fiscal prudence and promoting sustained growth.
In an interview to PTI, Bery also underlined the need for enhancing capital expenditure and creating a space for the private sector through fiscal consolidation.
“I am slightly more worried about the return to the Old Pension Scheme (OPS). I think that is more of a concern because the cost will be borne by future taxpayers and citizens, not the present,” he said.
The OPS, under which the entire pension amount was given by the Government, was discontinued by the NDA Government in 2003 from April 1, 2004.
Under the new pension scheme, employees contribute 10 per cent of their basic salary towards pension while the State Government contributes 14 per cent.
“I think political parties have to exercise discipline, since we are all working for a common cause of growth of the Indian economy, and for India to become a developed economy, you know the long-term (objectives) needs to be balanced against the short-term (objectives),” Bery said. Two Congress-ruled states, Rajasthan and Chhattisgarh, have already decided to implement OPS while BJP-ruled Himachal Pradesh has promised to restore the scheme if voted to power in the state.
Jharkhand too has decided to revert to OPS, while Aam Aadmi Party-ruled Punjab recently approved the reimplementation of OPS.
Bery further explained that in general, state borrowing is effectively limited by the RBI so states don’t threaten the overall financial stability.
“Within this debt limit, duly elected state governments are free to make their own choices on taxation and expenditure priorities, and to bear the political consequences of these choices,” he said.
According to Bery, currently RBI floats state debt on a club basis, so more prudent states don’t benefit from their discipline and this is unlike the situation in advanced countries, where states and local bodies’ borrowing costs are based on their own creditworthiness.
“India should consider moving toward greater market discipline of state finances as is the case for the Union Government. This will take a considerable period to become a reality but preparatory thinking could begin,” the NITI Aayog VC suggested.
Noting that the Government pension issue is different because the announcement benefits the government of today, while the costs are imposed on future Governments (and citizens), he said, “this is why political parties need to enter the picture, to safeguard the interest of future governments against the temptations faced by the incumbent.”
Asked when the Government think tank will come out with the official poverty line, he said the Aayog is comfortable with the Multidimensional Poverty Index (MPI) released by the United Nations Development Programme (UNDP) last year by utilising 12 key components which cover areas such as health and nutrition, education and standard of living.
“We will be in a position to calculate a new poverty line once there is a Consumer Expenditure Survey, which I think Ministry of Statistics and Programme Implementation (MOSPI) is now expecting will come out in 2024,” he said.
In 2021, MOSPI had decided not to release the Consumer Expenditure Survey results of 2017-18 due to data quality issues.
According to the ministry, the reference period for the next Household Consumer Expenditure Survey is 2022-2023. On his suggestion for the upcoming Budget, Bery said since 2019, there has been continuity in the direction of the Budget, which is to focus on capital expenditure, cleaning up the tax system and trying to return to some kind of fiscal consolidation trajectory.
“So what we need to do in the next two years is to start creating space for the private sector through fiscal consolidation,” he said. (PTI)