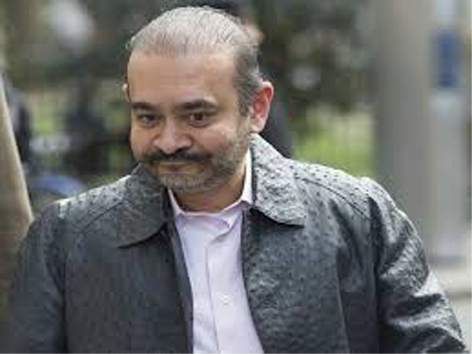 MUMBAI, Feb 26: Rare paintings, exquisite wrist watches and luxury cars belonging to fugitive diamantaire Nirav Modi will be auctioned from Thursday.
The sale of 112 assets is being done by Saffronart on behalf of the Enforcement Directorate through a live auction, which will be followed by an online one for 72 items.
Modi, who has allegedly defrauded state-run Punjab National Bank of over Rs 14,000 crore, is on the run and was last spotted in the UK.
Saffronart, which had conducted an auction of some artworks belonging to Modi in March last year to fetch over Rs 55 crore, said there will be a live auction of 112 items on Thursday, which will be followed by an online auction next week.
A 1935 painting by Amrita Sher-Gil titled “Boys with Lemons” is expected to be the biggest draw at the live auction on Thursday, and could fetch anywhere between Rs 12-18 crore, while a 1972 piece from modernist M F Hussain is also expected to draw a similar price, Saffronart said.
Other art pieces to be sold include works by V S Gaitonde, Manjit Bawa and Raja Ravi Varma, it said.
Rare timepieces, including a Jaeger-LeCoultre Men’s ‘Reverso Gyrotourbillon 2’ Limited Edition Wristwatch that can fetch up to Rs 70 lakh, a Patek Phillipe ‘Nautilus’ Gold and Diamond Wristwatch that is also estimated to fetch up to Rs 70 lakh, will also go under the hammer.
Among the luxury cars, a Rolls Royce Ghost, which will also be up for grabs for bidders on Thursday, is expected to fetch up to Rs 95 lakh, it said, adding the car is ideal for long distance travel.
The sale will also feature branded handbags, including from the iconic Birkin and Kelly lines by French luxury goods manufacturer Hermès, which are expected to fetch up to Rs 6 lakh a piece.
The online auction will be conducted on March 3 and 4, and will have 72 items including a Porsche Panamera S car which could be sold for up to Rs 15 lakh, the auction house said in the statement. (PTI)