NEW DELHI/KOLKATA/KOCHI, Sep 19: The National Investigation Agency (NIA) on Saturday said it has unearthed a Pakistan-sponsored al-Qaeda terror module in the country and arrested nine people planning to undertake attacks at vital installations at multiple locations including in the National Capital Region (NCR) and also targeted killings.

Foiling an attempt by the al-Qaeda to establish base in India and unleash terror, the NIA sleuths swooped on recruits “radicalised” by the Pakistan-based operatives of the internationally banned terror group and arrested six men in West Bengal and another three in Kerala, the agency spokesperson said. Those arrested from Kerala, who are migrant workers, are originally residents of West Bengal.

Acting on a tip-off provided by central intelligence agencies, the NIA, with the help of the respective state police force, carried out raids early on Friday at Ernakulam in Kerala and Murshidabad in West Bengal.

“NIA had learnt about an inter-state module of Al-Qaeda operatives at various locations in India including West Bengal and Kerala. The group was planning to undertake terrorist attacks at vital installations in India with an aim to kill innocent people and strike terror in their minds,” the investigation agency said in a statement.

The arrests set off a political slugfest in West Bengal and Kerala with the Congress and the BJP targeting the ruling parties–Trinamool Congress (TMC) and the CPI(M)-led Left Democratic Front(LDF)–in the respective states.

West Bengal Governor Jagdeep Dhankhar took a dig at the Mamata Banerjee government, saying the state has become “home to illegal bomb-making” and the TMC administration cannot escape its accountability for the “alarming decline” in law and order.

A preliminary probe showed that the arrested men led by Murshid Hasan were motivated, highly radicalised by Pakistan-based al-Qaeda terrorists on social media platforms, and also getting instructions to launch attacks at multiple locations, including in the NCR, a NIA official said.

The module was also planning to carry out targeted killings in India and was in the advanced stage of procuring arms, including automatic rifles and pistols, ammunition and explosives to carry out the attacks, he said.

Some of its members were trying to develop expertise in making of the Improvised Explosive Device (IED) too and planning to convert crackers into an IED, the official said, adding the NIA recovered switches and batteries from Abu Sufiyan’s house during the raids in Murshidabad.

Besides, the module was trying to establish a well organised al-Qaeda network in different parts of the country, including in the northeast and Jammu and Kashmir, on the instructions of their Pakistan-based handlers, the official said.

A closely-monitored operation of the NIA and central intelligence agencies began on September 11 when the premier investigating agency registered a case to probe the al-Qaeda module.

The group was also planning to go to Kashmir for weapons delivery, the official said.

The module was actively involved in fund-raising and some of its members were planning to travel to New Delhi to procure arms and ammunition, the official said, adding the arrests helped prevent possible terror attacks in various parts of the country.

They will be produced before courts concerned in Kerala and West Bengal for custody and further investigation, the official added.

Governor Dhankar alleged that the West Bengal Director General of Police is distanced far from reality and his “ostrich stance” is “very disturbing”.

“How far distanced is DGP @WBPolice from reality is cause of worry. His ‘Ostrich Stance’ is very disturbing,” he tweeted.

“The state has become home to illegal bomb making that has the potential to unsettle democracy. Police @MamataOfficial busy in carrying out political errands and taking on the opposition. Those at helm @WBPolice cannot escape their accountability for this alarming decline in law and order.”

The opposition BJP and the Congress alleged that intelligence failure and appeasement politics of the Mamata Banerjee government have led to such a situation.

The ruling TMC on the other hand said the arrests cannot be construed as failure on the part of the state administration which is committed to flush out terrorists.

The opposition is politicising an issue involving national security, it said.

Leader of Congress party in Lok Sabha, Adhir Choudhury said the arrest of six alleged al-Qaeda operatives from Murshidabad district shows “total intelligence failure on the part of state police who are only busy running errands for Trinamool Congress leaders.”

In Kerala, the Congress and the BJP alleged that the state has become a hub of terrorists under CPI(M)-led LDF rule.

The Ernakulam police said the three al-Qaeda operatives who were arrested from three different locations in the district were migrant workers. (PTI) 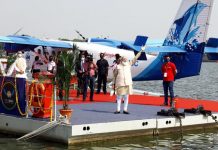 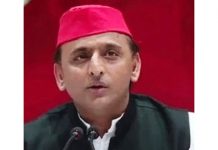 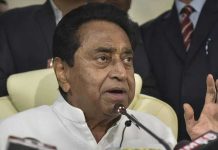