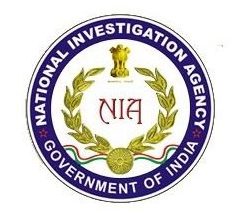 SRINAGAR, Aug 30: The National Investigation Agency (NIA) today arrested second son of Pakistan based Hizbul Mujahideen chief Salahuddin during a night raid at his residence in Rambagh area of Srinagar.
Shakeel Ahmad, who works as a Lab Technician at SKIMS Soura, was picked up from his house in Rambagh area of Srinagar during a raid last night.
Last year, the NIA arrested Shahid Yousuf, another son of Salahuddin. Shahid is lodged in Tihar Jail since then. Click here to watch video
Shahid was an employee of Agriculture department. He was posted as an Agricultural Assistant in Soibugh, his native village. Following his arrest in October last year, he was suspended from his job.
The family member Shakeel expressed concern over his arrest. “We the family members of Syed Salahuddin express our deep concerns and anguish at the repeat of NIA raids and subsequent arrest of our elder brother Shakeel Ahmad during midnight raid at his Rambagh residence”, the family said in a statement.
“Shakeel had earlier cooperated with NIA for questioning. However, based on a deliberate delay in sending the latest summon, which was naturally missed, Shakeel was harassed and subjected to arrest,” the statement said.