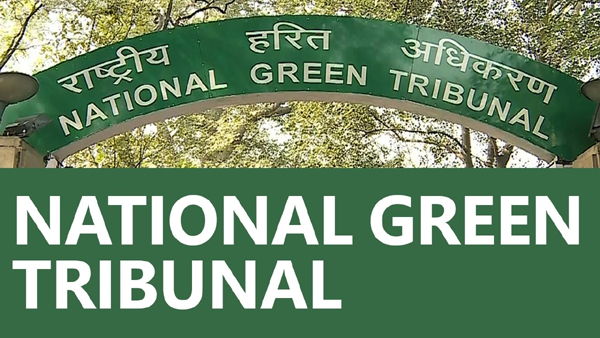 Srinagar, July 24: Disappointed over the casual approach taken for preservation and protection of wetlands and not complying the environmental norms as prescribed by the Supreme Court, the National Green Tribunal (NGT) has directed for preparing an action plan in respect of each of the wetland within one month for action in a time bound manner, with budgetary support and identified accountable persons.
The NGT directed the plan may include among others remedial action against weed infestation, sewage discharges, solid waste disposal, encroachments etc. “This may be overseen by the Chief Secretary, J&K in view of significance of the matter and continued violation of orders of the Supreme Court, noted earlier”, read the direction.
Tribunal directed the Chief Secretary of J&K to remain present in person on the next date, by video conferencing, with compliance status as on 31.10.2021 as also Secretary, J&K to remain present in person on the next date, by video conferencing, with compliance status as on 31.10.2021. “…the National Wetland Committee to expeditiously compile the relevant date of all wetlands”, the Tribunal further directed.
The five judge bench presided by A K Goel (Chairperson) of the Tribunal directed the NWC to place the date in respect of ‘significant wetland’ before the Tribunal. “The Committee needs to get action plans formulated and executed under control of DMs and District level Committees. The States may accordingly prepare annual reports and MoEF&CC may bring out National Annual Status Report as required under the said Rules”, the NGT directed.
This exercise, the NGT said may be overseen by Joint Secretary, MoEF&CC to be nominated by the Secretary, MoEF&CC. “Nomination may be done within one week from today”, directed.
NGT said the suggestion that identification of significant wetlands could not be based merely on the size but all factors, including the suggestion of the applicant-Raja Muzaffar Bhat.
The Joint Secretary has been directed to remain present in person by video conferencing on the next date. “A copy of this order be forwarded to Secretary, MoEF&CC, Chief Secretary, J&K and the National Wetland Committee by e-mail for compliance. A copy of this order be also forwarded to Chief Secretaries and DMs of all States/UTs by e-mail for compliance”, read the order.
The direction was passed in a matter pertaining to prevention of unscientific dumping of waste and encroachment of Hokersar Wetland, Wular Lake and Kreentchoo-Chandhara Wetland in the Union Territory of Jammu & Kashmir.
A factual and Action Taken Report was sought from a joint Committee of Jammu & Kashmir Pollution Control Board (‘State PCB’), Department of Wildlife Protection and Deputy Commissioners of Budgam, Srinagar and Bandipora.
Accordingly, Tribunal received two reports for consideration. The report of the J&K PCB dated and report filed by the Scientist -D, MoEF&CC by giving the information about the wetlands in J&K UT in tabular form.
From the perusal of these reports it has been observed that major challenges are faced by the authorities of J&K UT and no remedial action has been given and the tribunal termed these report as incomplete not serving any purpose.
Tribunal has expressed its disappointment at inadequacy of the report filed almost 10 months after the last order and four years after the order of the Supreme Court. “It is surprising to note that even after such long period, the National Wetland Authority is not able to get relevant information from the concerned States, inspite of categorical orders of the Supreme Court dated 08.02.2017, requiring the Central Government to inventorize 2,01,503 wetlands to which the principle of Rule 4 of the Wetlands Rules 2010 was made applicable. It is a matter of serious great regret and failure”, the Tribunal recorded.