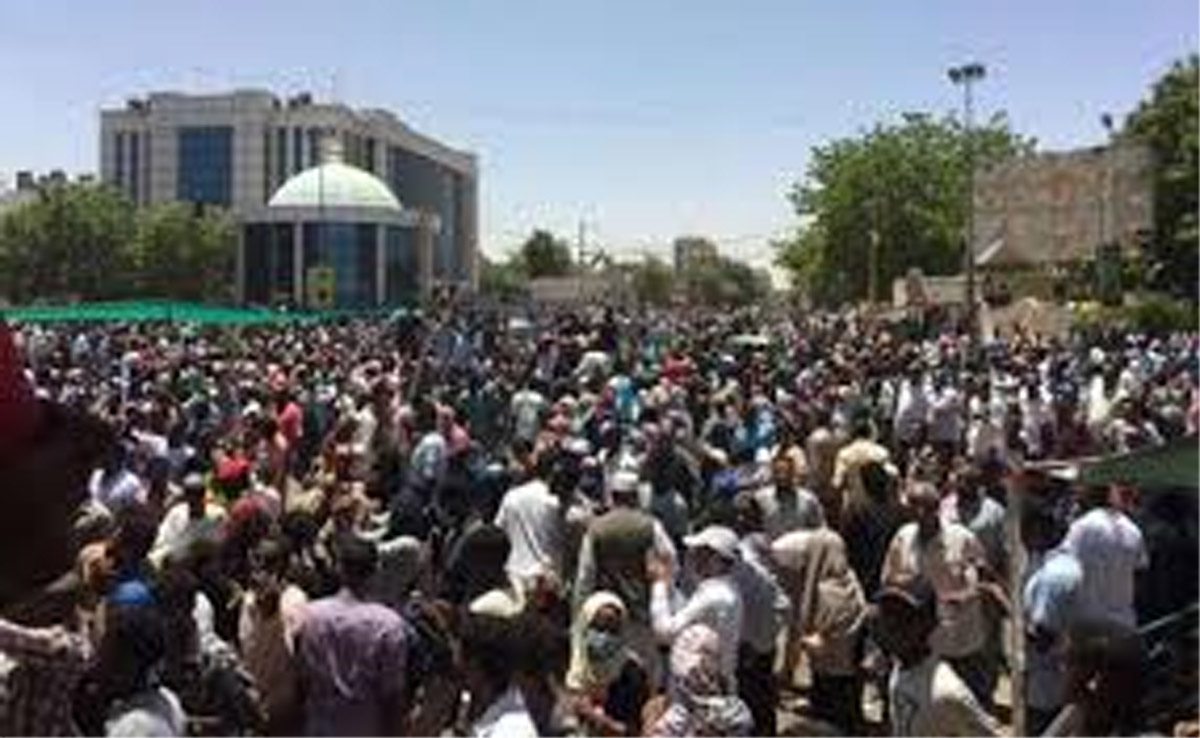 KHARTOUM, May 13: Sudan’s army rulers and protesters are to hold fresh talks over handing power to a civilian administration on Monday, spokesmen for the generals and the protest movement said.

On Saturday, the Alliance for Freedom and Change — an umbrella for the protest movement — said the generals had invited it for a new round of talks after several days of deadlock.

“The meeting was planned for today but it has now been postponed to Monday,” alliance spokesman Rashid al-Sayed said.

Sayed did not explain why the talks were postponed, but sources in the alliance said that more time was needed for consultations within the leadership.

Late on Sunday, the spokesman for the ruling military council, Lieutenant General Shamseddine Kabbashi, confirmed that the new round of talks will be held on Monday.

The talks are being held in an “optimistic atmosphere”, Kabbashi said in a statement, adding that the negotiations aimed “to reach an agreement over the arrangements of the transitional period”.

The latest planned round of talks comes as thousands of protesters remain camped outside the army headquarters in central Khartoum.

They say they are determined to force the ruling military council to cede power — just as they pushed the military into deposing veteran president Omar al-Bashir on April 11.

The army generals and protesters are at loggerheads over who will sit on a new ruling body that would replace the existing military council.

The generals have proposed that the new council be military-led, while the protest leaders want a majority civilian body.

Late last month, the alliance — which brings together protest organisers, opposition parties and rebel groups — handed the generals its proposals for a civilian-led transitional government.

But the generals have pointed to what they call “many reservations” over the alliance’s roadmap.

They have singled out its silence on the constitutional position of Islamic sharia law, which was the guiding principle of all legislation under Bashir’s rule but is anathema to secular groups like the Sudanese Communist Party and some rebel factions in the alliance.

“We want to hold the talks quickly and sort out all these points in 72 hours,” the alliance said on Saturday.

Protesters meanwhile blocked the Nile street, a major avenue that runs along the river Nile in the capital, witnesses and the military council said.

Witnesses said angry protesters blocked the avenue after police initially stopped them from going to the sit-in outside the army complex from that road.

The military council slammed the blocking of the avenue.

“It is totally unacceptable what is happening on the Nile street as it creates chaos and makes life difficult for citizens,” the council said in a statement.

It also dismissed unconfirmed reports that security forces were trying to disperse the sit-in outside the army complex.

“There are reports circulating on social media about the military council’s intention to disperse the sit-in by force,” it said.

“We assure that this is totally false.” (AGENCIES)