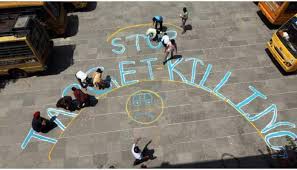 Ever since inception of terrorism in Jammu and Kashmir, decade after decade new strategies have been put in place by enemy but Jammu and Kashmir Police has been equally proactive in their approach to face the challenges thrown at them. From abduction of foreign tourists, political abductions, grenade attacks, fidayeen attacks to now target killing of KPs and non locals, Kashmir has faced all these bloodshed moments year after year, strategies have changed but bloodshed remains there. It is a fact that the Kashmir public has out rightly rejected terrorism, flourishing tourism, peaceful Shri Amarnath yatra, no stone pelting, no hartals, independence day celebrations, movie shootouts and now even cinema halls getting reopened, all are open slap on faces of enemies of humanity. With each passing day Jammu and Kashmir is achieving new development heights. All this has not gone well with the master handlers who have started cowardly acts of targeting minorities and non locals to cause panic. They might have succeeded marginally but with new SOPs put in place by JKP life is not going to be easy for these hybrid terrorists. CASO is back, ‘Detect, Deter and Destroy’ is the new policy, nakas at every nook and corner, strengthened patrolling and surprise random on spot checking are the new norms. Special focus on five most terrorism affected districts with active support of Central Police Forces and Army. Intelligence network is working proactively and slight tip off results in immediate action by police forces. JKP is working continuously to make Jammu and Kashmir safe for everyone. Each and every officer has been assigned specific duties to produce instant results. Track record of JKP reveals every target killing culprit terrorist has been neutralised within 48 hours, an achievement beyond words. Yes there are black sheep who have targeted journalists and non locals via social media but police has taken them also to task. We have fool proof plan in place, what may come, there is no place for terrorism now.