E-Paper
Home International New round of US-Taliban talks to start in Doha: Taliban 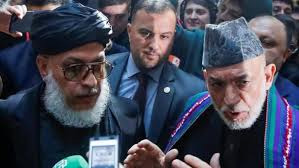 KABUL, May 1: A new round of peace talks between the Taliban and the US starts Wednesday in Qatar, an official for the insurgents said, as the foes seek an end of America’s longest war.

Taliban spokesman Zabiullah Mujahid told AFP that “the sixth round of talks between Islamic Emirate and the US will start in Doha today”.

While the US embassy in Kabul did not immediately comment, the US State Department has already said its peace envoy Zalmay Khalilzad will visit Doha, the Qatari capital, this month to meet the Taliban.

The two sides have met repeatedly to discuss the framework for an eventual peace deal, in which the Taliban would vow to stop Afghanistan ever again being used as a terrorist safe haven in return for a pull out of foreign forces.

None of the talks thus far have included the Afghan government, which the Taliban views as a puppet regime.

That means that even if the US and the Taliban can agree a deal to end the 17-year-old war and a timetable for an eventual troop withdrawal, the insurgents must still forge some kind of an accord with Afghan politicians and tribal elders before an enduring ceasefire could kick in.

Khalilzad went to Moscow last week, where Russia and China voiced support for the US plan for a peace deal and stressed the need for an “intra-Afghan dialogue” that would see all sides in Afghanistan at a negotiating table. (AGENCIES)