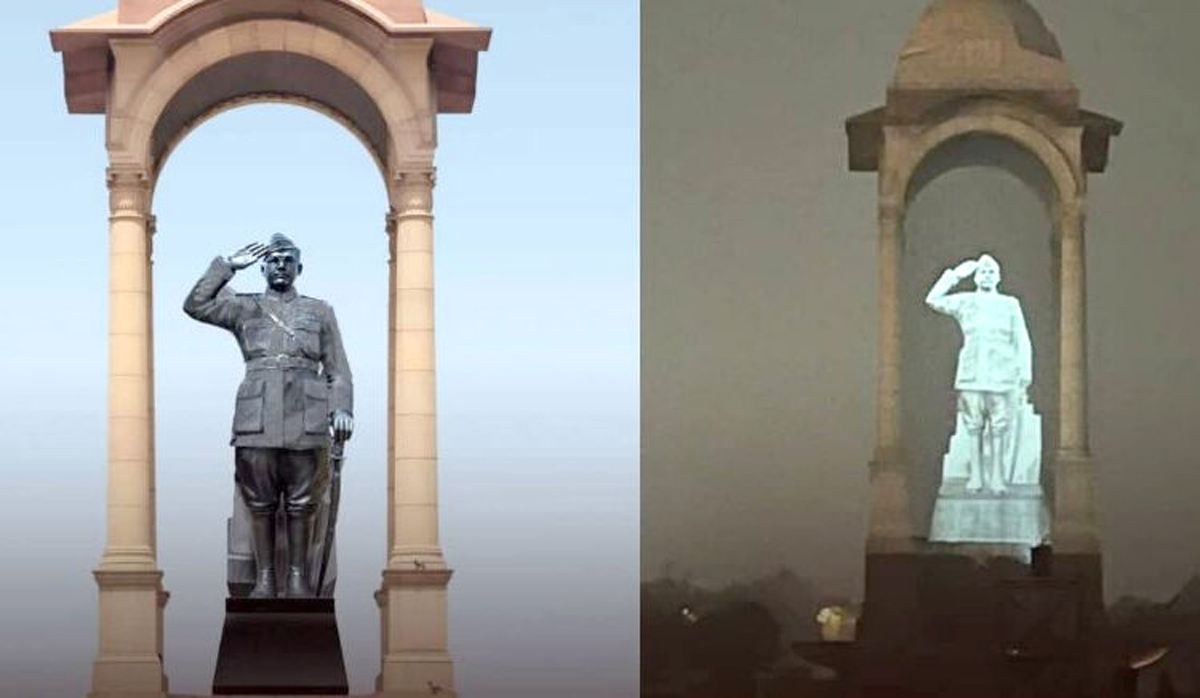 NEW DELHI, Jan 21:
Ahead of Netaji Subhas Chandra Bose’s 125th birth anniversary, Prime Minister Narendra Modi announced today that a grand statue of the iconic freedom fighter will be installed at India Gate as a symbol of India’s “indebtedness” to him.
Till the statue, made of granite, is completed, a hologram statue of his would be present at the same place, he said, adding that he will unveil the hologram statue on January 23, the birth anniversary of the Azad Hind Fauj founder.
“At a time when the entire nation is marking the 125th birth anniversary of Netaji Subhas Chandra Bose, I am glad to share that his grand statue, made of granite, will be installed at India Gate. This would be a symbol of India’s indebtedness to him,” Modi tweeted.
Official sources said the dimension of the granite statue will be 28 feet long and six feet wide and added that its installation will be a case of India “reclaiming” its history.
The statue will be installed under a canopy, which used to have a statue of King George V that was removed in 1968, they added.
The announcement came on a day opposition parties criticised the government for the decision to put out the flame at Amar Jawan Jyoti at India Gate here and merge it with the immortal flame at the National War Memorial.
Defending the move, official sources said, the flame is not being extinguished but is being merged with the flame at National War Memorial.
It is ironic that people who did not make a National War Memorial for seven decades are now making a hue and cry when a permanent and fitting tribute is being made to our martyrs, they said, hitting back at critics. (PTI)