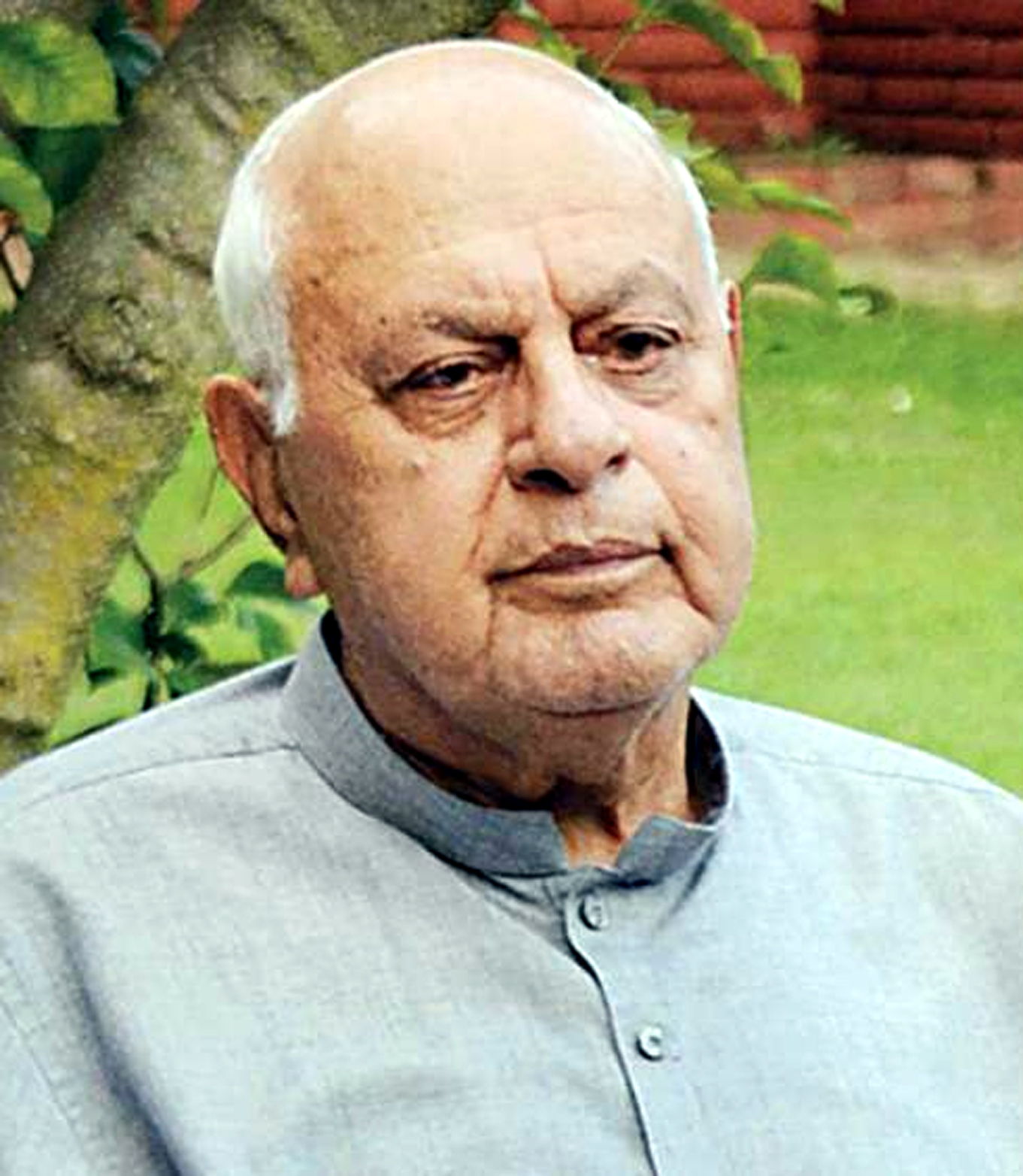 Abrogation of special status in J&K
JAMMU, Aug 2: Former Jammu and Kashmir Chief Minister Dr Farooq Abdullah today said the abrogation of the erstwhile State’s special status had neither ushered in development nor put an end to terrorism as being narrated by some vested interests in New Delhi.
He also alleged that the BJP has not learnt any lessons from the hijacking of an Indian Airlines plane in 1999 and subsequent release of Pakistan-based Jaish-e-Mohammad founder Maulana Masood Azhar as they think “they are the wisest of the wise, which is unfortunate”.
Speaking at a webinar organised by Epilogue News Network, Abdullah, a Lok Sabha member and president of the National Conference (NC), said the Government took the decision on the abrogation of the special status without consulting anyone from Jammu and Kashmir.
“It was passed in one day in Rajya Sabha and another day in Lok Sabha,” he said and added that the narrative sold by the Government is that Kashmir would now become a part of India. “We were always part of India holding the tricolour,” Abdullah said.
Jammu and Kashmir was enjoying the special status which was guaranteed to the Muslim majority State on joining Hindu-majority India after rejecting Muslim Pakistan, he asserted at the webinar on “Discerning old order delineating new order – a year after neutralization of Article 370 and abrogation of Article 35 A – understanding the nuances of the old and the new order; the consequences and challenges”.
BJP leader and former Minister Priya Sethi and former MLC Surinder Ambardar countered Abdullah and said the abrogation of Article 370 provisions had become necessary to ensure all-round development.
“One year is little time to assess the benefits, give us some time and you will see for yourself,” Sethi said.
Article 370 was a continuation of the two-nation theory which gave rise to Pakistan in 1947, Ambardar said.
On August 5 last year, the Centre abrogated the special status guaranteed to Jammu and Kashmir under Article 370 of the Constitution and bifurcated the State into Union Territories — Jammu and Kashmir and Ladakh.
Abdullah said the promised development has not come and gave the examples of the Kathua-Banihal rail-link and an all-weather tunnel connecting Kargil with Kashmir valley. And, Adbullah said, “We were never separatists or projected separatism.”
“What changed which forced them (to take such a decision)? This was the agenda of the BJP to abrogate it and so it projected it that development will be pouring in from the top, industrialists will come in and the whole map will change. Yes, the map changed as the Maharaja’s Kashmir overnight disappeared and we are a Union Territory which is unfortunate. UTs become States but States never become UTs,” he said.
He also questioned detention of political leaders, including himself.
“Imagine my party lost top leaders including Ministers to militancy to keep the tricolour (flying) high. Have they won the hearts of the people (in Kashmir)…The very people who were chanting the slogan of ‘Bharat Mata Ki Jai’ were put in jail and arrested without any reason while others are still under house arrest.
“Are we enemies of India. I pity these leaders and I wonder which direction they are taking this nation to. What will be the outcome of this nation? We have started the way for destruction as we are not winning the people,” Abdullah said.
On the prevailing peace after the abrogation of Article 370 provisions, he said the roads were heavily guarded and there was no way anyone could even peacefully protest. “In any case, the Gupkar declaration of all political parties on August 4 had made an appeal to people to stay calm.”
Referring to the continued suspension of 4G mobile internet services in Jammu and Kashmir since the August 5 development, he said people in the rest of the country are enjoying the service but the children of Jammu and Kashmir are not given the benefit of it, even during the prevailing situation of the Coronavirus pandemic. “Are they not human beings and part of this nation. You deny them this.”
He said some policy-makers in New Delhi think that by shutting down 4G they can hide whatever is happening here. “Every country in the world knows what is happening here. Packing up media, shutting telephones down, and using your media to put false stories — one day this will rebound on you. When you will be sitting in the opposition and you have to answer for your misdeeds,” Abdullah said.
He also spoke about his contributions at various world forums, including the United Nations, representing India in the past and lamented that the authorities did not even spare him from detention under the draconian Public Safety Act.
“When (Jaish-e-Mohammad founder) Maulana Masood Azhar was released (in Afghanistan), the whole team was sent and what was my reaction to it. We could not fight terrorism. You are talking about the great India that you are going to build. You can never build India unless you are ready to sacrifice yourself. You want others to be sacrificed while you will enjoy the glory.
“I told the then Prime Minister A B Vajpayee in front of the then Home Minister (L K Advani) clearly and categorically that don’t do it. You are destroying the nation forever. Did they listen, are they listening now. I don’t think they have learnt and they think they are the wisest of the wise (and) nobody knows better than them, It is unfortunate,” Abdullah said. (PTI)