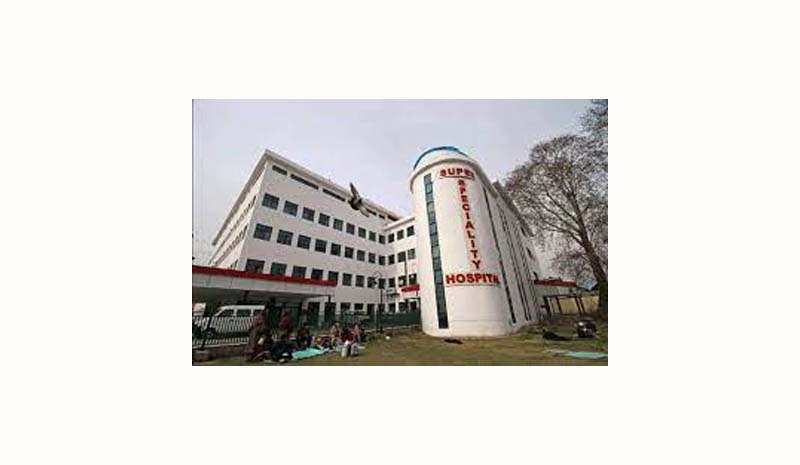 Irfan Tramboo
SRINAGAR, Sept 13: Back-to-back delays mars the chance of the Super Speciality Hospital (SSH), Shireen Bagh to carry out the first ever renal transplantation for which its Urology Department has got the necessary clearance.
The SSH was earlier supposed to conduct the renal transplantation in July, however, then the patients faced some issues, causing a delay in the transplantation. Then the hospital was all set to carry it out in August but, that too has not materialized due to apparent ‘negative campaigning’ being run about the lack of facilities available at the hospital for such patients.
Officials told Excelsior that the delays have been caused, first, due to patients encountering several medical issues, which ultimately delayed the transplantation, and second, by what they term ‘negative campaigning’ by ‘touts’ who, they said, have a job of persuading such patients to move out of J&K.
“Such elements are not letting the patients undergo the transplantation here because of the money they make out of it. At the SSH, there were patients set up for the transplantation, some developed issues, delaying the procedure, while some were persuaded to do it outside the UT,” the officials said.
It is to be noted here that SSH’s Urology Department has put in place all the necessary facilities which are needed for the treatment and recovery of patients who undergo renal transplantation.
Also, it has been, after the hospital made the availability of the specialized staff and facilities that clearance was granted to it for carrying out the renal transplantation by the competent authority.
While Principal GMC, Srinagar Dr. Samia Rashid did not respond to repeated calls from this reporter, those in the knowhow of matters said that such patients who fall prey to these elements-who persuade them to move out of J&K-ultimately reach us in case of complications.
“Because at that time, they cannot go out and after we receive them, we get to manage their complications; but they are not willing to do the transplantation here because they are told by such elements that SSH does not have the necessary facilities available,” the officials said.
Notably, as per the guidelines, a team from Jaslok Hospital and Research Centre, Mumbai will carry out the renal transplant surgeries while the hospital staff will assist the team and after more transplants, the entire setup will be handled by the staff of the concerned department at the SSH.
However, as of now, the chances for the SSH to carry out the first-ever renal transplantation seem bleak, as the patients set for the procedure have once again developed issues. One has got some medical issues while the donor of another patient has refused from donating the kidney due to reasons which are not known to the staff.
In contrast to the patients not showing their willingness to undergo renal transplantation at the SSH, the concerned officials are now hoping to carry out the same positively this month.
“The concerned department is trying its best to highlight the availability of facilities and other requirements through various mediums and there is a hope of getting to execute it this month,” the officials said.