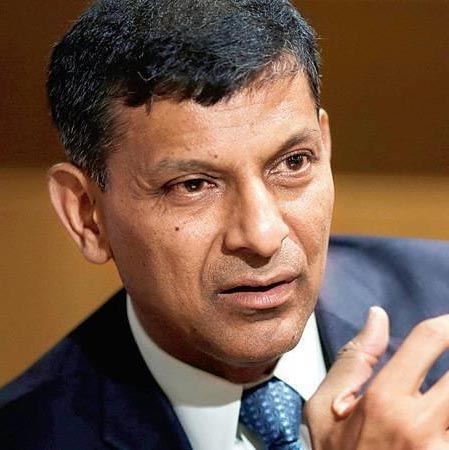 NEW DELHI, Apr 30:
India should be “cleverer” in lifting the lockdown and should open up its economy in a “measured way” soon to save jobs, former RBI governor Raghuram Rajan said on Thursday, underlining that Rs 65,000 crore should be spent to support the poor amid the crisis.
In a first of its kind dialogue broadcast on Congress’ social media handles this morning, Rajan, who was in the US, deliberated on the economic impact of the COVID-19 pandemic with Congress leader Rahul Gandhi.
The interaction through video conference lasted for about 30 minutes.
“We have to be cleverer about opening up…We need to open up in a measured way but as fast as possible so that people start having jobs. We don’t have the capacity to support people across the spectrum for too long. Being a relatively poor country, people start out with significantly lower reserves,” Rajan said.
“It is all too easy to have a lockdown forever, but obviously that is unsustainable for the economy,” he said.
To Gandhi’s query on how much money is required to help the poor by way of subsidies, food and cash, the former RBI chief said, India needs Rs 65,000 crore to help them in times of pandemic and considering its total GDP, it can afford to do that.
“Our GDP is 200 lakh crores, and out of that 65,000 crore is not a huge amount. So, we can do it. If this is for the poor and to save their lives and livelihood, we must do it,” the economist said.
India has been in lockdown since March 24 midnight to curb the spread of coronavirus.
Rajan felt that there will be a rethink on everything in the global economy once the world is out of this pandemic and India could use this opportunity to make its voice heard in the global arena and help make the dialogue multi-polar from being single or bipolar currently. He said India can also find opportunity for its industry and supply chain in the new order.
Gandhi said infrastructure connects people and that gives opportunity, but if there is division and hatred, that disconnects people. There is an infrastructure of division and hatred and that causes a big problem, the Congress leader said.
Agreeing with Gandhi, Rajan said, “Social harmony is a public good. Having everyone believe that they are a part of this system, an equal part of the system, is essential. We cannot afford to be a house divided especially in these times when our challenges are so big.”
Those who wrote the Constitution realised that there were some issues that one were to put on a shelf and not touch because if “we got into those issues, we would spend a lot of time fighting each other”, Rajan said. Responding to Gandhi’s question on whether there was a crisis of centralization, the ex-RBI governor said he believes that decentralisation is important both for bringing more local information to work and also empowering people.
Asked about the authoritarian model, which is questioning the liberal model, being on the rise in more and more places, Rajan said the central authoritarian model-the strong figure-in a world where one is powerless, is sometimes appealing.
“Especially if you can develop a personal rapport with that figure,” he added.
“The problem with that is that the authoritarian figure can develop their own sense of ‘I am the power of the people’ and therefore whatever I say goes. My rules apply and not checks and balances, not institutions, not the decentralised structure. Everything should go through me’,” Rajan said.
Historically, what has happened is that it has put too much weight on that centre and eventually that collapses, the economist said. During the session, Rajan also posed a few questions to Gandhi, asking him his views on Panchayati Raj to which the former Congress chief said, “It has had a huge effect, but I’m sorry to say it is in retreat.”
However, he said the southern states are doing a better job because they are more decentralised.
The northern states are centralising power, the MP from Wayanad, Kerala, said.
On Gandhi’s question about getting stuck in cyclical lockdowns, Rajan said, “That raises questions that if you reopen, will you go into a third lockdown? So, it does diminish credibility…I don’t think we have to aim for a 100% success — 0 cases. That is unachievable. What we have to do is manage reopening i.E. When there are cases, we isolate them”. (PTI)
Rajan also said there was a need to ramp up testing and go for “mass testing” or pool testing to put a lesser strain on testing infrastructure.
On dealing with the economic downturn that would be felt due to the pandemic in the next few months, Rajan said there has to be a prioritization as India’s capacities and resources are limited.
“Our fiscal resources are more limited than the West. What we need to do is to decide, how do we keep this economy together. When we reopen, is it sort of able to walk off the sick bed and not be dead at that point?” he said.
“Most immediately, keep people well and alive. Food is extremely important. Places where the public distribution system doesn’t go. Amartya Sen, Abhijeet Bannerjee and I have talked about temporary ration cards,” Rajan said.