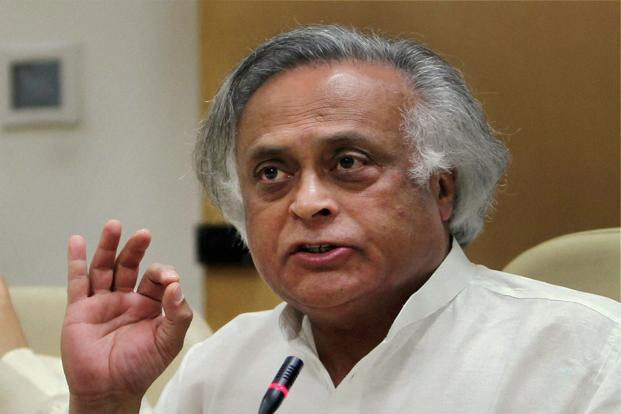 NEW DELHI, Dec 6: Deforestation is the wrong way to prosperity and it would haunt the people in the form of ecological imbalance, former Union Minister Jairam Ramesh said here on Thursday.
He claimed that eight per cent deaths during 2000-2015 were due to pollution-related ailments, but did not comment on the current pollution crisis in Delhi and the measures taken by the government to combat the effect.
In his inaugural address at an environmental film festival here, Ramesh, who held the environment portfolio during the UPA rule, said, “We have to grow. We need infrastructure. But we cannot deforest our way to prosperity. That is a wrong path that we have started walking upon and it will come to haunt us soon in form of ecological imbalance.”
“We should aim for economic growth but not at the cost of ecological imbalance,” he said.
Ramesh said very frequently, the proponents of big-ticket projects are the governments, centre or state, and not the private sector.
“It is a tough call that those in power have to take and they must evaluate that what the exact issues are. What can be the short term implications, what can be the long term implications whether it is a national highway or a railway project,” he said.
Asserting that the substance and style of India’s climate diplomacy needs a change, Ramesh said that he had suggested several measures.
“Tried to implement them, was heavily criticised too and the positions I had taken during 2009-2011, for which I was attacked in my own country by many politicians, NGOs and the media, have now become part of the mainstream”.
“We need not be an obstructionist and make India a constructive part of the solution,” he said.
‘Quotes from the Earth’, the three-day environmental film festival by environmental research and advocacy group Toxics Link, with support from the Swedish Society For Nature Conservation, was kicked off in the national capital on Thursday.
The festival aims to sensitise people towards the critical environmental issues plaguing the world today.
Apart from thought-provoking films by renowned Indian environmental filmmakers like S Nallamuthu, Gautam Pandey, Doe Trivedy and Jalal Ud Din Baba, viewers will also get to watch internationally acclaimed films from countries such as Russia and Turkey. (PTI)