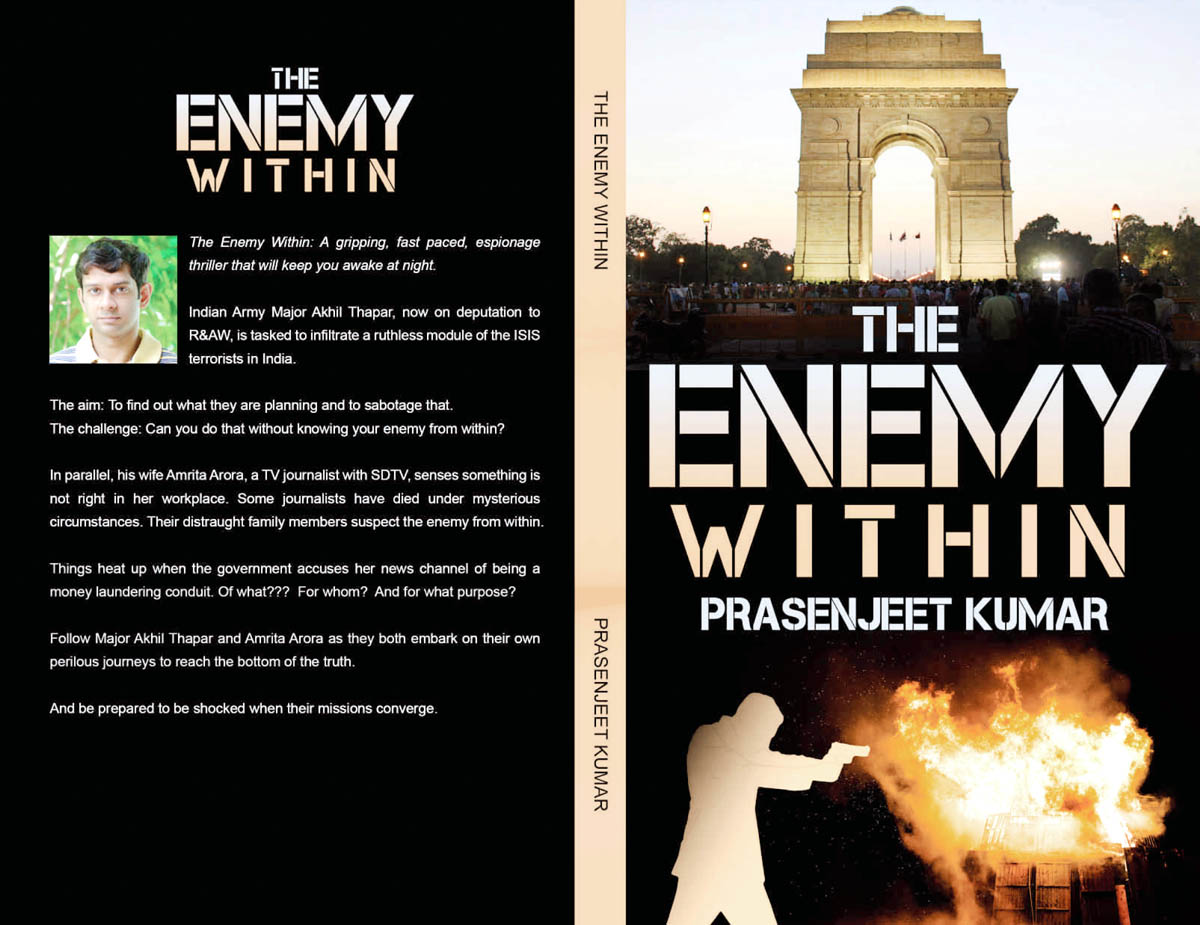 Excelsior Correspondent
Jammu, Sept 2: Recording the NDTV-Chidambaram antics in fiction, a gripping, fast-paced, espionage thriller, titled “The Enemy Within” has just hit the market.
Written by Prasenjeet Kumar, the novel reminds us of the current controversies dogging Chidam-baram and the NDTV luminaries with an unimaginable twist against India’s national interests that is certain to keep the reader at the edge of his seats.
The story begins when an Indian Army Major Akhil Thapar, on deputation to R&AW, is tasked to infiltrate a ruthless module of the ISIS terrorists in India. The mission is to find out what they are planning and to sabotage that, if possible.
In parallel, his wife Amrita Arora, a TV journalist with SDTV, senses something is not right in her workplace. Initially excited at the prospect of working with Sunita Kapoor, the award-winning journalist who became a house-hold name after the Kargil war, she is dismayed that the slant of the channel is totally against national interest. Rumours of her company laundering money through shell companies in tax heavens abroad abound. Then some journalists die under mysterious circumstances. Their distraught family members suspect the enemy from within.
Matters heat up when the Government starts investigating the money laundering connections between SDTV and Kartik Narayanan, the Harvard educated ex-Home Minister and Finance Minister of India.
Things go topsy-turvy as Major Akhil Thapar and Amrita Arora embark on their own perilous but separate journeys to reach the bottom of the truth. And are shocked when their missions converge.
The novel is available in all eBook formats like Kindle, Kobo, iTunes, etc. It can also be ordered in paperback from the websites of Amazon, Flipkart, and Pothi.