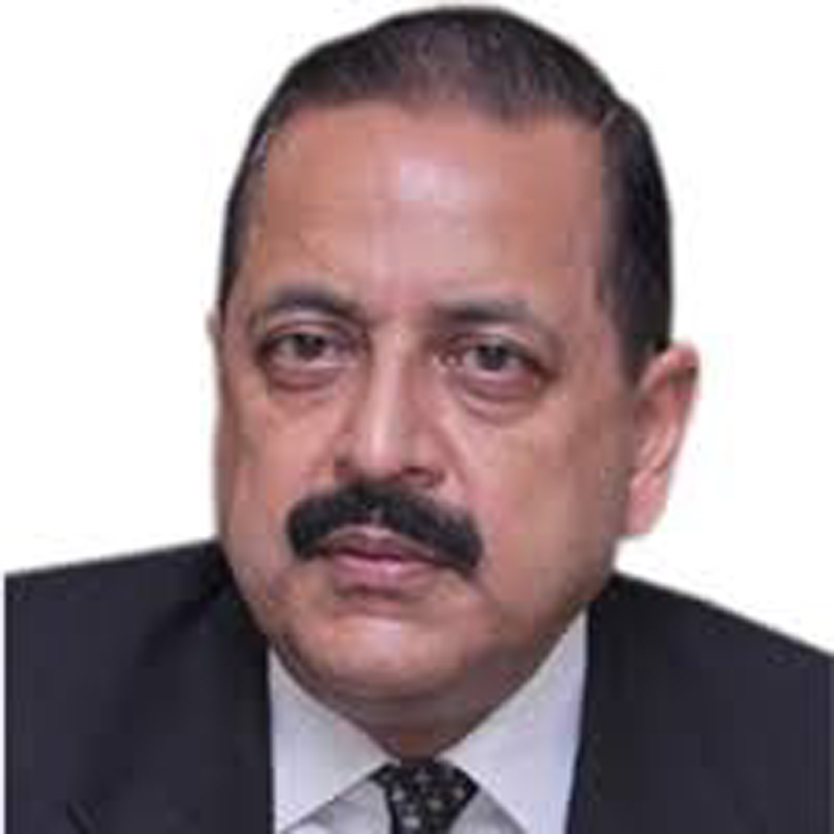 Avtar Bhat
JAMMU, Apr 22: Hitting out at National Conference (NC) and People’s Democratic Party (PDP) leaders for their oft repeated misleading statements on Articles 370 and 35 -A to gain political mileage in elections, Union Minister, Dr Jitendra Singh today said that the leaders of the two parties have been befooling Kashmiris for the last 50 years.
In an informal chat with reporters here this morning before leaving for campaigning in Ladakh Parliamentary constituency, Dr Jitendra Singh said when in power these parties conveniently availed all the privileges and facilities of Indian Constitution but they are on record that when out of power they started questioning the Constitutional provisions.
Dr Jitendra Singh, while ridiculing the statements of two parties which are the allies of Congress, said in 1975 when former Chief Minister, Sheikh Mohammed Abdullah was back to power after political wilderness of 22 long years, approved all Constitutional provisions saying that they were in the interest of the people of the State. A Committee was established headed by the then Cabinet Minister, D D Thakur which recommended that all the Central laws implemented over the years are in the interest of the people of the State, he added.
The Union Minister said that the same formula was applied by Dr Farooq Abdullah as Chief Minister and then by his son, Omar Abdullah. Dr Jitendra Singh said Farooq Abdullah owed an explanation to people of Kashmir whom he has been misleading often when out of power that after rejection of autonomy resolution by Atal Behari Vajpayee Government at Delhi why he continued to hold the office of Chief Minister of the State and why his son continued to be an External Affairs Minister in then NDA Government led by Vajpayee.
“Had the father-son duo been sincere they should have offered resignation then and there but they continued in Government to enjoy facilities and privileges but after losing the power they start to mislead the Kashmiris for their vested political interests,” he said.
Dr Jitendra Singh said likewise People’s Democratic Party president and former CM, Mehbooba Mufti conveniently occupied seat of Chief Minister of the State with BJP support. It was BJP only which came out of coalition on the basis of ideology as she tried to play a pro separatist card. He said Mehbooba continued to be CM as long as BJP offered support to her and her Government fell after BJP withdrew the support.
He said like NC, the PDP was also playing politics for power by changing the stand depending whether they are in Government or opposition. Terming this a political blackmail by the two so called mainstream parties, Dr Jitendra Singh said that present political posturing by the two Kashmir parties is motivated by ongoing election process in Valley.
He, however, said that common people of Kashmir are awakened enough now and they have seen through the tricks of these dynastic parties for last five decades or so and they also fully understand the duplicity of the two parties.
Not sparing Congress also, Dr Jitendra Singh said the party also played a vote bank politics in the State by ignoring and discriminating with those areas and regions where it did not have vote share.
He said the Jammu and Ladakh regions suffered lot of discrimination during the Congress and its allies’ rule as they were never interested that the people of these two regions should get developed with other parts of the country. This was the main reason that some far-flung areas in Jammu and Ladakh were still without power supply, sans facilities of roads and other basic amenities of life.
He said soon after Narendra Modi took over as the Prime Minister in 2014, a development package on war footing basis was sanctioned for the J&K State and many historic projects were sanctioned so that J&K should not lag behind other parts of country in development and this process will continue in future too as BJP is committed to Modi Mantra of ‘Sabka Sath Sabka Vikas’ and justice to all and appeasement to none.