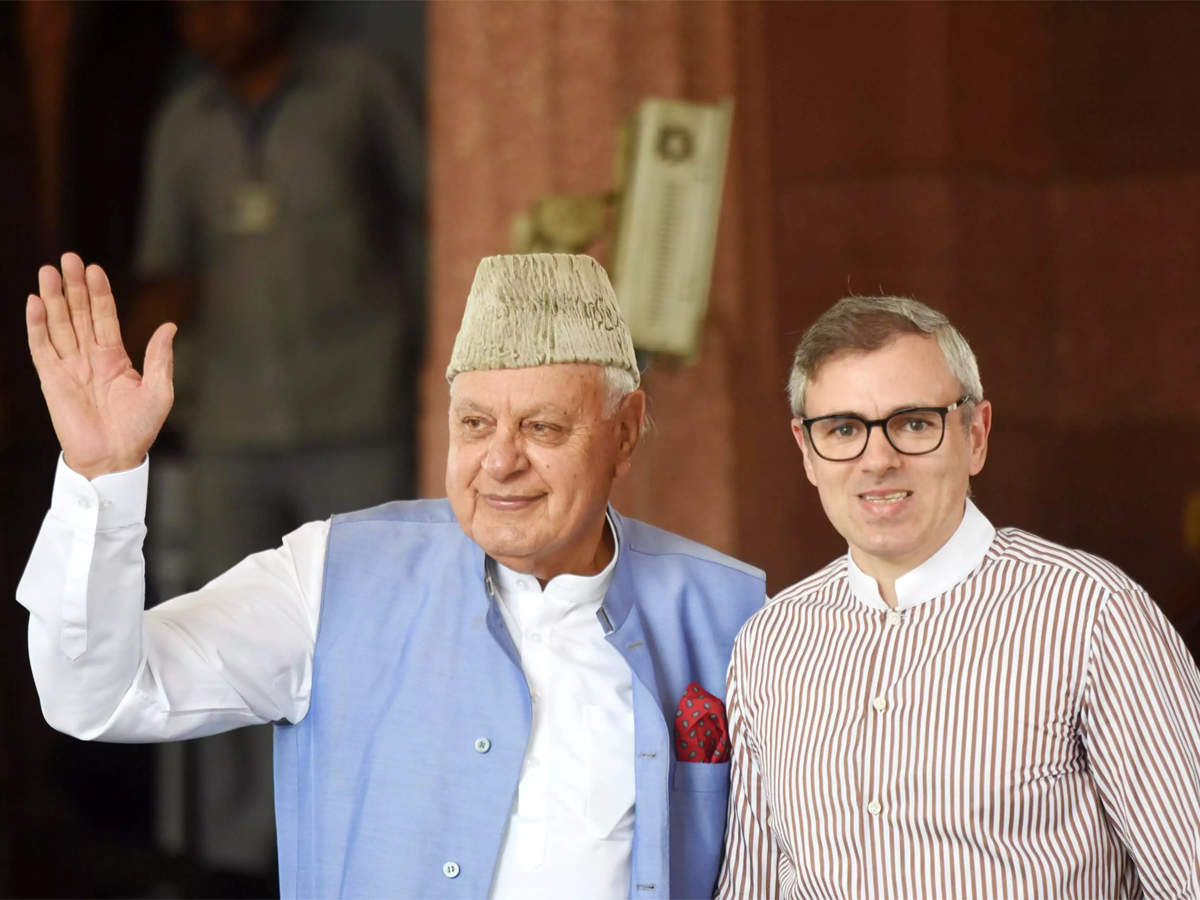 JAMMU/SRINAGAR, Dec 20: The National Conference members led by party president and former Chief Minister Farooq Abdullah have expressed their reservations over the draft report of the Delimitation Commission especially the biased process of seat sharing, a party spokesperson tweeted.
The party, within hours of the meeting, made it clear that it “will not be a signatory to this report.”
Click here to watch video
The PDP, JK Apni Party and the People’s Conference (PC), which is regarded as being friendly towards the BJP, also protested strongly against the commission’s draft recommendations which will alter the electoral map of Jammu and Kashmir.
The National Conference, in its tweet, said, “Misrepresenting and distorting the facts with malicious intention! Very misleading statement. We have clearly expressed our resentment over the draft of the Delimitation Commission, the biased process of seat sharing. The party will not be a signatory to this report.”
National Conference vice president and former Jammu and Kashmir Chief Minister Omar Abdullah called the draft recommendation of the Delimitation Commission “unacceptable” and said that it promotes the “political agenda of BJP”.
“The draft recommendation of the J&K Delimitation Commission is unacceptable. The distribution of newly created assembly constituencies with 6 going to Jammu & only 1 to Kashmir is not justified by the data of the 2011 census,” Omar wrote on his twitter handle.
He added: “It is deeply disappointing that the commission appears to have allowed the political agenda of the BJP to dictate its recommendations rather than the data which should have been its only consideration. Contrary to the promised “scientific approach” it’s a political approach,” Omar tweeted.
People’s Democratic Party (PDP) president and former Chief Minister, Mehbooba Mufti said Delimitation Commission has been created simply to serve BJP’s political interests.
Taking to social networking twitter, Mehbooba wrote: “My apprehensions about the Delimitation Commission weren’t misplaced. They want to pitch people against each other by ignoring the population census & preposing 6 seats for one region & only one for Kashmir.”
“This commission has been created simply to serve BJPs political interests by dividing people along religious & regional lines. The real game plan is to install a Government in J&K which will legitimize the illegal & unconstitutional decisions of August 2019,” she added.
JKNPP president Harshdev Singh said Jammu has been cheated again. “Out of 90 seats, Jammu was given 43 and Kashmir 47. The hegemony of Kashmir to continue,” he added.
Peoples Conference president Sajad Gani Lone said: “The recommendations of the Delimitation Commission are totally unacceptable. They reek of bias. What a shock for those who believe in democracy.”
Syed Mohammad Altaf Bukhari, Jammu and Kashmir Apni Party president termed the recent proposal of Delimitation Commission not in sync with the census 2011, thus totally unacceptable to the people of Jammu and Kashmir.
“The current proposal stands in total contrast to the process and guidelines mandated by the laws governing delimitation in the country. The district areas and their respective population numbers were to be taken into consideration as per the census of 2011 which for some unknown reason is missing from the said report,” he said adding, “not only the population criteria has been ignored but it seems that the commission has done away with the representational requirements of the existing administrative units”.
Bukhari urged the Government of India to intervene in the matter and ensure that the Commission revisits its report and takes the merit into consideration.
While terming the draft recommendation of the Delimitation Commission as “divisive and unacceptable,” CPI (M) leader Mohammad Yousuf Tarigami Monday said it is another step to further dis-empower Kashmiris politically.
The distribution of newly created Assembly constituencies with six going to Jammu and only one to Kashmir is not justified and it will increase gaps between regions and communities.
“The constitution of Delimitation Commission under J&K Reorganisation Act-2019 in itself is questionable as the Reorganisation Act has been challenged in the Supreme Court. The constitution of Delimitation Commission was akin to contempt of the court as how can the government of India do so when the matter is sub-judice,” Tarigami said.
Senior leader of Jammu and Kashmir Pradesh Congress Committee and former MLC G N Monga also termed the draft proposal of Delimitation Commission that has suggested six new Assembly seats for Jammu and only one for Kashmir as unacceptable which has been done to skew the balance of power.
In a statement issued to press, he said there is no justification to the proposal as according to the last census (2011), Kashmir has 15 lakh more population than Jammu.