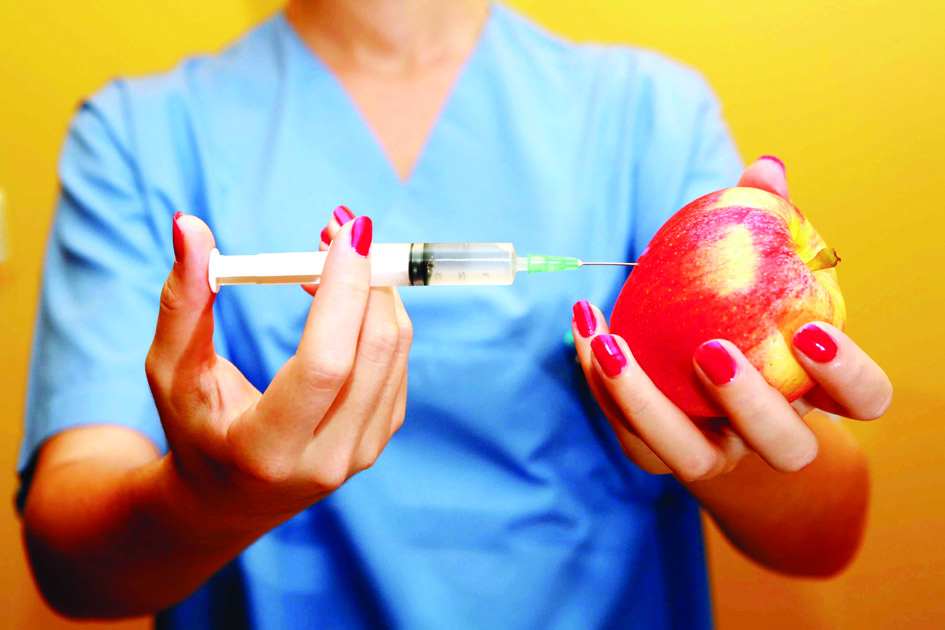 Ripening of a fruit is a natural process wherein fruit becomes sweeter, less green, soft and more palatable. Once harvested, a fruit’s chemistry will change, including enzyme chemistry. During the process of ripening, enzymatic breakdown and hydrolysis of polysaccharides like starch takes place. The hydrolysis causes the starch to break down into smaller molecules like fructose, glucose, sucrose etc. Some fruits will continue to ripen after harvest (climacteric) such as  mangoes, apples, bananas, melons, apricots, papaya etc. and some will not(non-climacteric) such as grapes, citrus fruits and strawberries. As the fruit ripens, changes occur in enzyme composition and activity. In general, fruits are best harvested and consumed fairly close to ripening. Generally fruits ripen on the trees but harvesting of unripe fruits becomes necessity as ripe fruits are not suitable for long distance transport and have small shelf-life.

*Attractive, but not uniformly colored.

Artificial ripening of fruits: Unsaturated hydrocarbons like ethylene and acetylene speed up ripening process and cause cosmetic color changes in fruits to impart them a ripened look. However, the organoleptic properties of the fruits i.e. taste, sight, smell and touch etc. gets impaired considerably. Generally the harvested fruits are subjected to the treatment of ripening agents (chemicals) by fruit traders without taking into consideration the maturity status of the fruits and the quantity of ripening agent used. Generally, 80 per cent fruits are artificially ripened through various ripening agents (chemicals) but inappropriate use of these chemicals is associated with many health hazards. Now-a-days, several artificial ripeners are available such as calcium carbide, acetylene gas, carbon monoxide, potassium sulphate, ethephon, potassium di-hydrogen arthoposphate, putrescine, oxytocin, photoporphyrinogen etc. They are used during pre-harvest, post-harvest, transportation, capping, storage etc. Calcium carbide (CaC2), popularly known as ‘masala’ is the most common chemical used as a ripening agent, though banned in many countries. It is colourless when pure, but black to greyish-white in colour otherwise, with slight garlic-like odour. When it reacts with water (moisture), CaC2 produces acetylene gas which is an analogue of ethylene and quickens the ripening process. It also contains traces of arsenic and phosphorus.  It is used in artificial ripening of fruits like mango, banana, apricot, papaya and plum.

*             Fruits have short shelf-life and black blotches appear on the skin of the fruit in two to three days.

*             Calcium carbide is a corrosive and dangerous chemical containing traces of arsenic and phosphorus hydride as impurities.

*             The early symptom of arsenic and phosphorus poisoning include diarrhoea (with or without blood), vomiting, thirst, weakness, burning sensation in abdomen and chest, difficulty in swallowing, irritation/burning sensation in eyes/skin, soar throat, cough, shortness in breathing and ulcer on skin etc.

*             Consumption of fruits artificially ripened with calcium carbide causes stomach upsets as the alkaline substance erodes the mucosal issues of the stomach and disrupts intestinal functions.

*             The best precaution is to not to buy fruits artificially ripened with calcium carbide.

*             Wash the fruit thoroughly for few minutes under running potable water to remove the chemical particles from its surface.

*             The fruits like mangoes and apple should preferably be cut into pieces before consumption instead of eating the same directly.