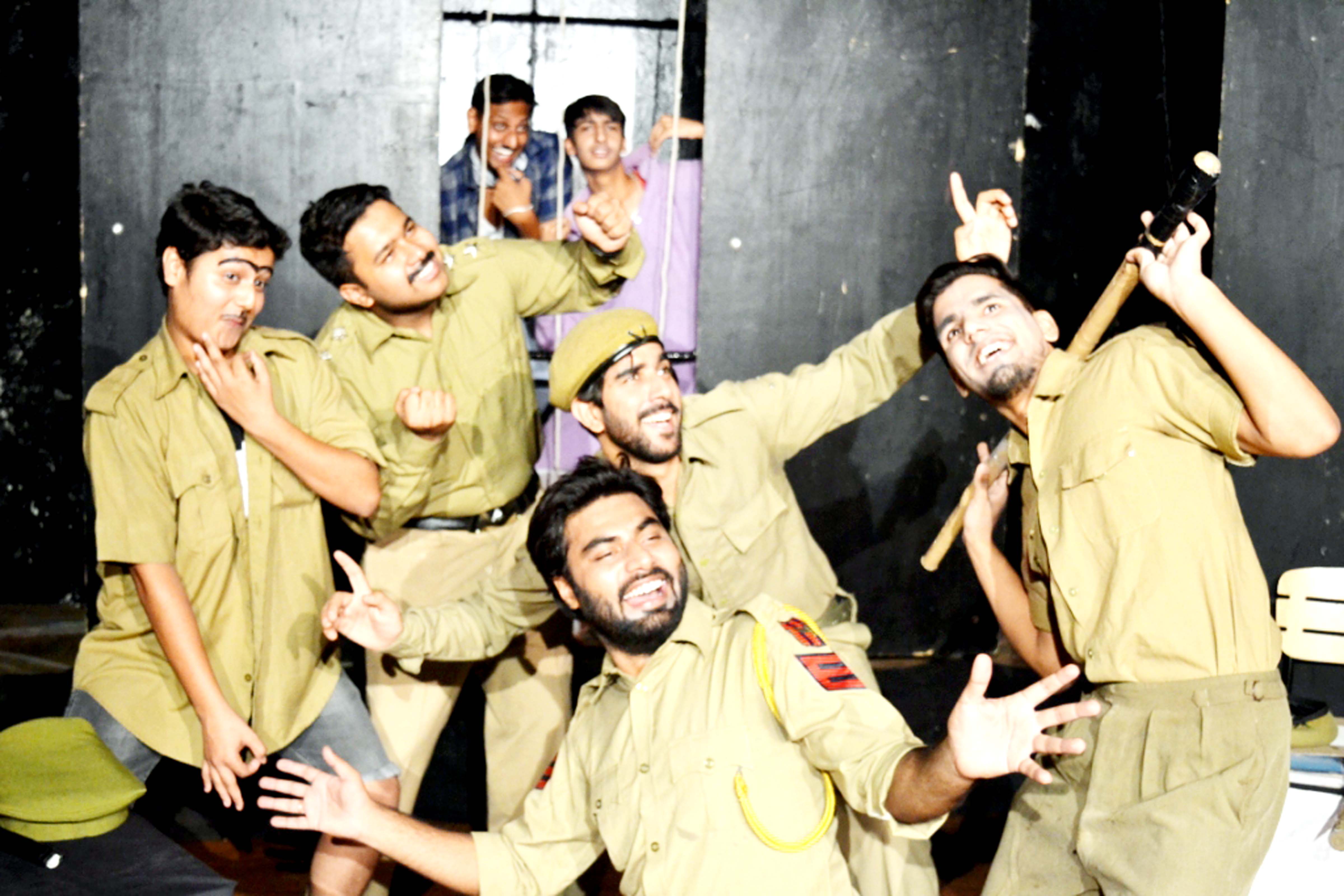 Excelsior Correspondent
JAMMU, June 17: ‘Mujrim Farar Hai’-a play in Hindi written by Ashok Ghai and directed by Neeraj Kant staged here today at Natrang Studio Theatre under its weekly theatre series ‘Sunday Theatre’.
At the very out set Natrang Director Balwant Thakur informed that Natrang to commemorate 35 glorious years of the organization is organizing a 4 day Theatre festival from June 19 featuring the plays viz ‘Romeo Juliet’, ‘Aap Hamaare Hain Kaun’, ‘Mata Ki Kahani’ and ‘Ghumayee’ at Abhinav Theatre daily at 6 pm.
Today’s play ‘Mujrim Farar Hai’ is set at a police station, uncovers the atrocities of the system and victimization of the innocents at the hands of power. The play in a very intelligent manner exposes the horrifying working of police in a Police Station.
The play begins with a young newly wedded girl coming to a police station with a missing report of her professor husband. Before her report is registered, she is subjected to usual harassment, humiliation and embarrassment.
The cops at duty come with a volley of questions and she is asked to establish whether she is married or not if at all then where is the proof. After she is able to convince them that she is married, they frame charges against her for forcing her husband to flee the house.
She is taken into custody with the orders to be kept there, till her husband is found by the police. The identity of the missing husband is flashed all over and the situation further worsens when police at different Chech-points (Nakkas) apprehend five persons with almost similar identities.
Before she is forced to accept one among them as her missing husband so as to save the image of the police before public, the real husband appears who happens to be a close friend of the police chief. Here the cops on duty change their colors and justify five arrests with the statement that they (arrested persons) were trying to harass the lonely lady in the absence of her husband.
Natrang’s young actors who performed in the play included Chahat Katyal, Manoj Lalotra, Ajay Lalotra, Priya Thakur, Sushant Singh Charak, Zeeshan Haider, Rakshit Arora, Moses Marton, Aashish Thakur, Shivam Sharma and Imtiyaz Ahmed Shah.
Lights were operated by Gautam Kumar whereas the sound was rendered by Brijesh Avtaar Sharma. Vrinda Sharma presented the show before the audience and the show was coordinated by Mohammad Yaseen.