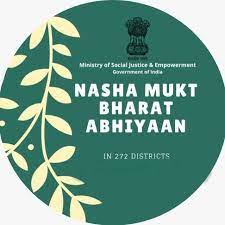 How much are the areas of awareness spread covered, what is the level of role played by educational institutions, different NGOs, groups of individuals and individuals themselves in respect of reaching out to masses regarding substance abuse must be periodically appraised as merely police and other Government agencies’ role in fighting drugs and other substances abuse and not impacting adversely the societies must be supplemented and supported by social awareness as well in a concerted way. In this respect, an Abhiyan or a sustained campaign throughout the country is definitely having its contribution in discouraging drugs consumption especially among the youth. This campaign having been launched in 10 ”affected” districts in Jammu and Kashmir – 6 in Kashmir and 4 in Jammu divisions approaching 49 lakh people and nearly a lakh youth is not an ordinary assignment undertaken by the concerned UT department. The reported quite satisfactory performance has been appraised earning UT of Jammu and Kashmir a second position in successfully implementing Nasha Mukt Abhiyan. A few days ago, Union Home Minister and the UT Lieutenant Governor awarded the Social Welfare Department for the good work done in Nasha Mukt Bharat Abhiyan. While we congratulate the UT Department, we feel at the said occasion the recognition accorded to the Social Welfare Department for the ‘good’ work must get transformed into doing more in the field to cover more villages, educational institutions, project working sites in the UT particularly the youth who are prone to drugs abuse more than any other age group