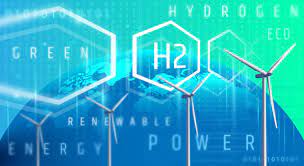 Times have come when transition from conventional sources of energy to clean carbon free energy solutions are becoming imperative. Having a vision for and taking early steps towards such a transition is what we in the country are witnessing though the process is yet in its infancy but a start heralds a paradigm shift in energy generating mechanism policies of the Government. Not only is green energy highly cost effective but in the long run beneficial in protecting and preserving the environment ridding it of the effects of carbon emissions and other types of pollution sources like from thermal sources of generating energy and the like. Aspiring for ‘Green’, looking ‘Green’ and planning for ‘Green’ is what Green Hydrogen Projects in ordinary parlance means and is referred to as such. Needless to add, leading world economies are vying with one another to touch 2050 with absolutely zero carbon emission levels, an international commitment and, therefore, India has started working in that direction depicting a commitment towards a clean and green energy. Basically, the concept being based on renewable power sources like wind and solar, it has vast scope since in this country there is huge potential for it but harnessing is the issue. Green Hydrogen Projects could be in the shape of a fixed structure or a floater . However, technical jargons apart, the fact of the matter is that the country having taken initiative in this vital field practically can be seen in proposed setting up of a green hydrogen mobility project at Leh in the Union Territory of Ladakh. It may be noted that gradual shift to hydrogen economy has multi industry impact and vital areas like automobiles, transport, oil and gas and energy sectors are poised to generate increased interest in Hydrogen as an energy transmitter. Advanced technologies in energy field are providing early solutions and India taking an early initiative means the thing well begun, therefore, surely half done. The foundation stone of the proposed project, the first ever of its kind in the country, was laid by the Prime Minister recently, who has all along been visioning for a carbon neutral Ladakh and this is a grand step towards de-carbonization process and will be for public use. Hence, the objective being the dire need towards achieving the goal of a carbon free economy for which renewable sources and green hydrogen are the basic pillars and, therefore, a must for harsher environments in a cold desert like Ladakh where carbon generated pollution creates more havoc. In this connection, it may be recalled that the preparations, planning and other formalities had begun to take place more than a year ago when a Memorandum of Understanding (MoU) had been inked by the UT of Ladakh and the National Thermal Power Corporation (NTPC). It is, therefore, the NTPC which hopefully will be setting up this project in the next 18 months time, could be earlier. The proposed project to be a mobility project, in general parlance, means virtually a mobile service in the sense that deployment of fuel cell electric vehicles (buses) to be entirely designed for public use. That means these fuel cell buses will be run in and around Leh with a minimum of 150 kilometres of distance covered and the project under reference is slated to have as many as five such buses to be kept at the disposal of the public. Once the rate of success projections are achieved in respect of these five buses, the possibility of more of such buses to be kept for public use, is the sure outcome. What is , therefore, needed is a targeted planning of renewable energy which is now 60 Gigawatt (GW) to be achieved by 2032 almost twice as much as earlier targeted for. Since the future is of green energy and, therefore, prudency based and well calculated investments in green hydrogen production projects must be made the culture of a major reference in our annual budgets for which budgetary allocations must be duly made. Though mass adoption of green hydrogen as a solution to a zero emission economy poses many questions which experts alone can opine about but that seems the only solution as well for energy needs