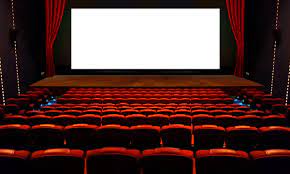 Kashmir has had a special connection with the cinema world, shooting of movies in picturesque background of Kashmir, frequenting Dal and Nageen lakes and other famous places by the film artists would attract the people to watch live shooting of scenes and at times develop intimacy based on traditional hospitality with the artists. There were cinema halls running with full capacity almost on all days which now lay in ruins depicting how Pakistani mechanisations can bring only devastations and miseries. Historic Palladium Cinema Hall in Lal Chowk in ruins speaks volumes.
While cinema halls are normally functioning in all towns and cities of Pakistan, it got them closed in Kashmir through proxy thus denying the means of entertainment to the people. Now after more than 32 years, that void is going to be filled by a grand Multiplex cinema coming up at Shivpora near Military Cantonment in Srinagar. Tastefully constructed, the complex is having seating capacity of 520 and is expected to be thrown open for the general public by the end of next month, thus heralding a new grand beginning in restarting cinema halls in Srinagar. A new bond, a renewed connect thus between the local people and the Bollywood shall be built replacing the current dormancy with new experiences and hopes.