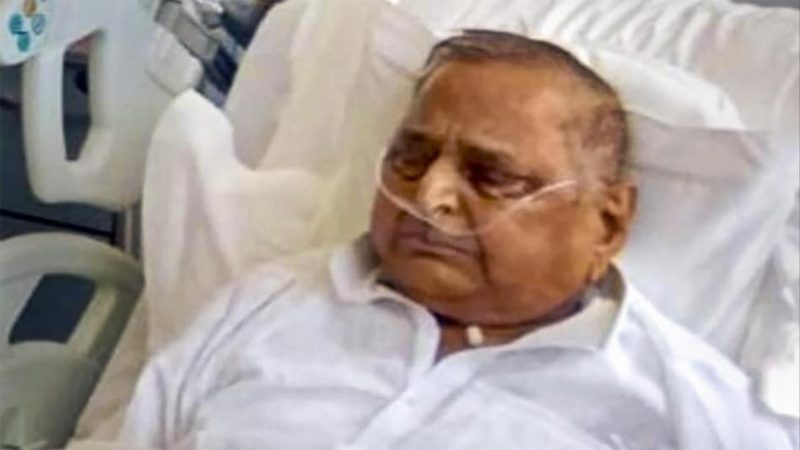 Gurugram/Lucknow, Oct 2:
Former Uttar Pradesh Chief Minister and Samajwadi Party patron Mulayam Singh Yadav has been shifted to the ICU of Medanta Hospital in Gurugram today after his health deteriorated, the party said.
Family members are reaching Gurugram to check up on his health. While his brother Shivpal Singh Yadav is already there, Samajwadi Party president and Mulayam’s son Akhilesh Yadav has left Lucknow for Delhi, SP state unit spokesperson Rajendra Chaudhary said.
According to the hospital sources, the 82-year-old leader is being treated under the supervision of oncologists Dr Nitin Sood and Dr Sushil Kataria. He is under treatment in the hospital since August 22.
The SP leader was admitted in the hospital in July also.
In a tweet in Hindi, Congress leader Priyanka Gandhi Vadra said,”We all are concerned about the deteriorating health condition of Mulayam Singh Yadav and are praying for his health.” (PTI)