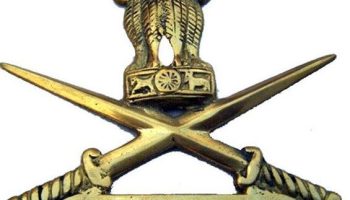 LUCKNOW, Sept 8:
Major-General Subhash Sharma has said it is first time when women candidates are being recruited by Indian Army at soldier level and for just 100 seats about 2.5 lakh applications were received which indicates that women candidate are showing much enthusiasm than boys for their recruitment in Army.
Speaking here on Sunday Major-General Sharma said, “It’s a very big initiative by Indian Army recruitment of girls-women in Army at solider level. As for now they are getting recruited as military police, based upon their training and how they perform while in service, Indian Army will consider about roadmap for greater enrollment of girls/women in Army”.
Great enthusiasm has been shown by girls of Uttar Pradesh and Uttarakhand. More than 2.5 lakh applications were received for recruitment at 100 seats and about 4,500 girl candidates were shortlisted from UP”, Major General Sharma said adding that in this recruitment there are no fix quota like in case of boys we used to have quota for Eastern UP, Western UP and Uttarakhand.
“It’s been conducted in Lucknow because of proximity of command hospital where we got all medical specialist and for next year it could be some other place as per convenience of candidates from remote parts of UP and UK” he pointed out.
He said that women officers were getting inducted into supporting Arms and services in Indian Army and in recent future women soldiers will also get inducted in supporting Arms and services.
Registration for the eligible female candidates for recruitment of 100 soldiers for general duty under Women Military Police in Indian Army was opened on April 25 and closed to June 30. About 2.5 lakh girl candidates registered at Indian Army recruitment website www.joinindianarmy.nic.in. Out of total 4458 candidates were shortlisted from UP and Uttarakhand regions.
Candidates will appear for physical test on September 12, 13 and 14 and admit cards for shortlisted candidates were uploaded on website. After physical tests all documents of the shortlisted candidates will be verified then they will proceed for detailed medical examination. After passing through these test shortlisted candidates will undergo for written test on October 27. The merit list of final selected candidates will be formed on performance of medical tests and written test. (UNI)