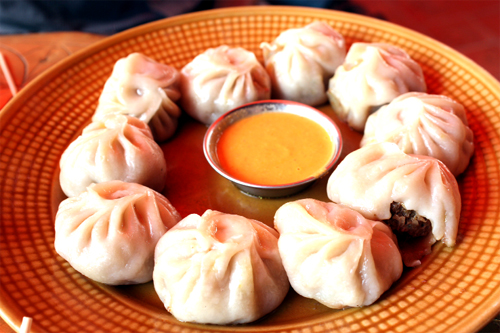 Jamphel Sheyan
It came slowly in the market without adequate publicity. But, today it tops the list of junk food items in the City of Temples.
How this adventure of taste took off its history seems misty and many don’t know from where this dish reached Jammu. Was it a gift that Ladakhi student brought across the Zojila who have a long history of flocking Jammu to pursue their goal of education or a gift that the Queen of Nepal brought with her or friends that accompanied her to live in Jammu with the royal queen. So, that she doesn’t feel alienated in her newly wedded city. Wow! I never thought I have to slog over all these to discover how Momo reached Jammu where now this dish is all the way to become the next street food of Jammu challenging the old king of that kingdom like Pani Puri, Kaladi Kulcha.
Momo is one of main dishes of Ladakh usually made by packing the seasonally chopped mutton in the dumpling of flour. This dish is originally eaten in Tibet and in some parts of Nepal like Musthang and Pokhra .Tibet being under the reign of Chinese Govt. this dish is globally floated as Chinese dish which is I think an example of colonialism. Ladakh once being a part of Tibet before being annexed to Jammu and Kashmir by General Zorawar Singh got fragmented from its root. So, most probably it seems that Ladakhi were the first who introduced this dish in Jammu as Momo is not common in the part of Nepal where the queen or her friends live. Now the magic has come a long way lingering its spell of its flavour.When I first came to this city to relish Momo we had to visit the only momo hut in Shastri Nagar or Karan Nagar or had to cook overselves but during last 2 to 3 years our city witnessed a number of street Momo corners. I assumed that Momo is known only in Jammu but my by chance visit to Billawar , Kathua and Basholi proved me wrong when I saw the craze of this dish in these small town. There is no denying that very soon this dish is doing to be an alternate option in the menu of most of the restaurants. Even City Square the first mall of Jammu do have an exclusive restaurant of Chinese cuisine where as the newly opened mall – The Wave doesn’t have this flavour on its food court. I remembered how the elders used to cry at this dish skeptically but charming flavour of Momo has turned their skeptism into longing.
Its popularity among youth is amazingly high and the proof being the presence of Momo skills in such places like colleges and institutes. The charm of Momo is not only limited to the street or restaurant but every function or marriage ceremony is incomplete without the stall of a Momo. I have been told by many friends that they have taught many housewives the recipe of Momo. I really don’t care how this wonderful dish- Momo reached Jammu but what really amazing is smile of momo that brings people together. 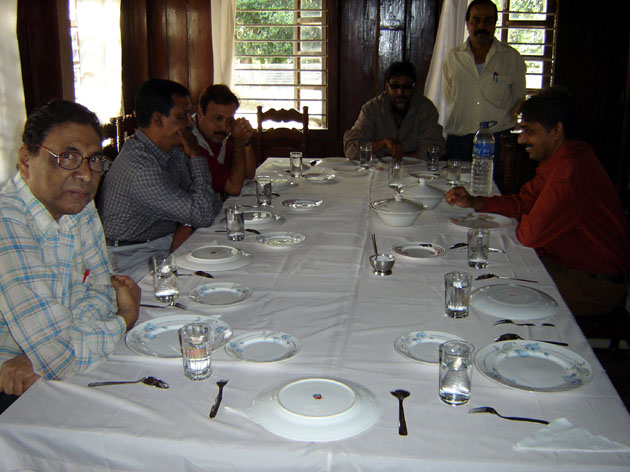