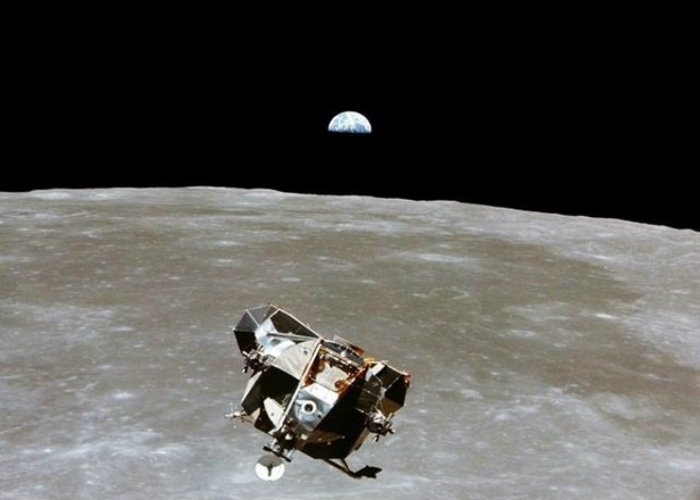 CHENNAI, Aug 4:
Prime Minister Narendra Modi will watch live, landing of Chandrayaan-2 on the Moon’s surface. The Indian Space Agency also announced holding an on line quiz competition for the students to create awareness about the space programme to mark the historic occasion. It invited students to participate and get a chance to watch the landing of Chandrayaan2 on the Moon live along with the Prime Minister.
“To increase awareness about the space programme, an online quiz competition will be conducted by ISRO in coordination with MyGov.in from August 10 to 20”, ISRO said. Chandrayaan-2 was expected to reach the Moon by August 20. About the online quiz contest, it said each participant needs to create individual account on MyGov to appear for the Quiz. An individual is permitted to participate only once in the quiz the duration of which will be five minutes (300 secs) during which a maximum of 20 questions can be answered. The quiz once started cannot be paused/stopped and participants were advised to take the Quiz well before the end date to avoid any last minute technical glitches.
Only Indian Citizen can participate in the quiz. Each participant will receive certificate of participation which can be downloaded from ‘Downloads Section’of MyGov Quiz platform. The downloads section will be visible only after logging on to the website.
Two top scoring students (from class 8?10 only) from each State and Union Territory will be invited to ISRO, Bengaluru Centre to watch the landing of Chandrayaan-2 on the Moon, live along with the Prime Minister.
The criteria for selecting successful winners will be “Maximum Correct Answers in the Shortest Time”.
In case of tie, random selection will be done. After the closure of the quiz, and prior to the announcement of results, top-scoring students should provide their parent’s/Guardian’s name, Government issued proof of identity containing address and an affidavit from the school confirming that they are students of the school. It may be recalled that Chandrayaan-2 was launched from the SHAR Range on July 22.
About 16 minutes after lift off from the Second Launch Pad from the SHAR Range, Chandrayaan?2 was placed into a highly elliptical orbit of 170 x 45,475 km.
Since then four Earth bound manoeuvers were performed to raise its orbit and further manoeuvers included Trans Lunar Insertion, Lunar bound manoeuvers, Vikram (Lander) Separation and Vikram Touch Down and Rover (Pragyan).
It would culminate into Trans Lunar Insertion scheduled on August 14 which will send the Chandrayaan?2 spacecraft to the Moon.
“The spacecraft is scheduled to reach moon by August 20”, ISRO said. After the successful launch, Chandrayaan-2, carrying an Orbiter, Lander (Vikram) and Rover (Pragyan), commenced its 3.844 lakh km, 48-day long journey for a soft landing on the Moon’s South Pole, scheduled for September seven. Weighing 3,850 kg, Chandrayaan-2 was carrying 13 Indian Payloads (eight on Orbiter, 3 on Lander and two on Rover) and one passive experiment from NASA. (PTI)