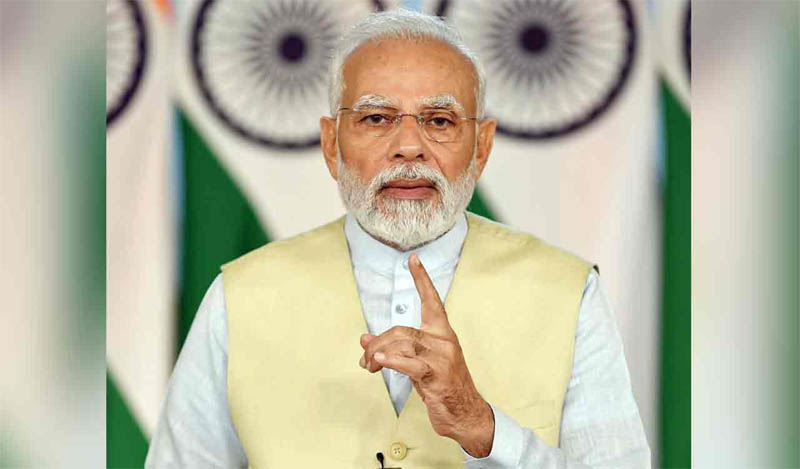 NEW DELHI, Dec 5:
Prime Minister Narendra Modi has stressed on revenue intelligence officers adapting latest global best practices in technology to track down economic offenders to protect the country’s economy.
In his message on the occasion of 65th foundation day of the Directorate of Revenue Intelligence (DRI), Modi said India has been a ‘leading voice’ for a coordinated international efforts in intelligence, investigation and indictment of fugitive economic offenders and organised crime syndicates.
“When the problem is global, the solution has to be global too,” he said.
The fast-paced technological changes necessitate keeping pace with the latest trends in fintech and digital systems through upgradation of skills and systems, Modi said.
“I am sure that the DRI will continuously adapt global best practices and processes to further protect the nation’s economy,” the prime minister said in a written message.
He said the DRI officers should devote themselves and contribute to strengthening our resolve to build a strong, self-reliant India in the next 25 years of Amrit Kaal.
Modi also lauded the “indefatigable efforts” of DRI officers who have helped combat financial fraud and defend the economic interests of the nation.
In the last fiscal (2021-22), DRI officers have seized 3,463 kilogram of heroin (including the 2,988 kg seized at Mundra port), 833 kilogram of gold and 321 kilogram of cocaine, among other contraband.
National Security Adviser Ajit Doval, in his message, said that DRI has been instrumental in interdicting and investigating cases involving sensitive dual-use goods.
“This has contributed immensely to the security of the nation, safety of its citizens and India’s impeccable record in non-proliferation of sensitive technologies,” Doval said. (PTI)