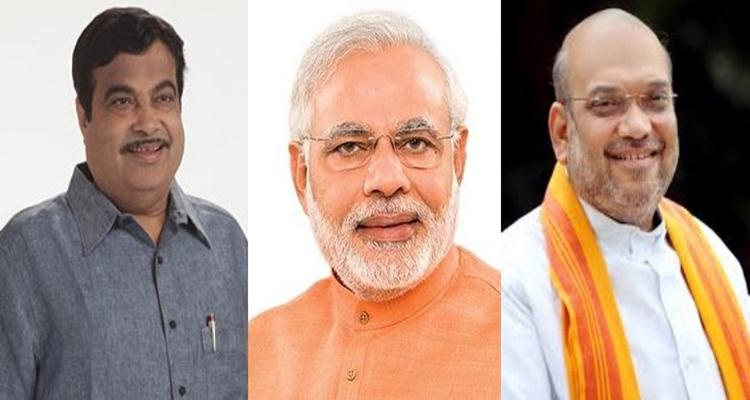 Sanjeev Pargal
JAMMU, Mar 23: Two major national political parties and main rivals in two seats of Jammu region-the BJP and Congress-have lined up their star campaigners to canvass for their candidates as Prime Minister Narendra Modi will address two election rallies including one in Akhnoor on March 28 and another in Kathua on April 9 while bigwigs from both the parties including several Union Ministers and top Congress leaders were set to hit the campaign trail and join the battle of ballots.
Sources in the BJP told the Excelsior that Modi will address two rallies-one each on two Lok Sabha seats of Jammu province. He will hold first election rally in Akhnoor on March 28 in favour of BJP candidate from Jammu-Poonch Lok Sabha seat, Jugal Kishore Sharma and another rally on April 9 at Kathua for party candidate from Udhampur-Doda constituency, Dr Jitendra Singh, Union Minister of State in the Prime Minister’s Office (PMO).
However, there is no rally of the Prime Minister scheduled for Ladakh, where the BJP has very high stakes after conferment of divisional status and University to the region and instead the BJP has lined up Home Minister Rajnath Singh, External Affairs Minister Sushma Swaraj, Union Surface Transport Minister Nitin Gadkari, Union Minister of State for Home Kiren Rijiju and Union Minister for Haj and Auqaf Mukhtar Abbass Naqvi for Ladakh seat.
BJP national president, Amit Shah will also address two elections rallies-one each in Jammu and Udhampur Lok Sabha seats, sources said, adding that the BJP national leadership has designated Rajnath Singh, Finance Minister Arun Jaitley, Defence Minister Nirmala Sitharaman and Nitin Gadkari to address two rallies-one each for two seats of Jammu region.
The BJP, according to party sources, will go all out to retain three Lok Sabha seats of Jammu-Poonch, Udhampur-Doda and Ladakh, which the party had won in 2014 Parliamentary polls as it doesn’t expect any seat from the Kashmir valley.
“Besides the Prime Minister, the BJP president and the Union Ministers, the BJP leaders from neighbouring States could also campaign here,” party insiders said.
The Congress leadership is confident that AICC (I) president, Rahul Gandhi and newly appointed Congress general secretary, Priyanka Gandhi will address a rally each in Jammu and Kashmir to boost morale of the party candidates and cadre.
However, Leader of Opposition in Rajya Sabha, Ghulam Nabi Azad, AICC (I) general secretary, Ambika Soni, Punjab Chief Minister, Amarinder Singh, prominent Congress leader, Jyotiraditya Scindia, Rajasthan Deputy Chief Minister Sachin Pilot and Punjab Minister Navjot Singh Sidhu were scheduled to campaign for the Congress candidates in the State.
Some of Congress leaders will also campaign for National Conference president, Dr Farooq Abdullah, who is NC candidate from Srinagar Lok Sabha seat, supported by the Congress.
At the same time, Congress sources said, Dr Farooq Abdullah and Omar Abdullah would address the rallies in support of Congress candidates in two seats of Jammu region depending upon the request and requirement of the Congress.
Meanwhile, the BJP has forwarded names of two candidates to party’s Parliamentary Board for Ladakh Parliamentary seat. The names included Jamyang Tsering Namgayal, Chairman-cum-Chief Executive Councilor (CEC) of Ladakh Autonomous Hill Development Council (LAHDC) Leh and Chering Dorjey, former Minister and MLC. The Parliamentary Board will approve the candidate for Ladakh, which will go to polls in fifth and final phase in the State on May 6.
BJP has already approved names of five other candidates for Jammu and Kashmir.
The Congress is yet to name its candidates for Baramulla and Anantnag Lok Sabha seats in Kashmir and Ladakh Parliamentary constituencies. It has fielded Vikramaditya Singh from Udhampur-Doda seat and Raman Bhalla from Jammu-Poonch while leaving Srinagar seat for Dr Farooq Abdullah.
The National Conference has named its three candidates for the Kashmir valley but was yet to clear the name for Ladakh segment. It was supporting the Congress candidates on two seats of Jammu region.