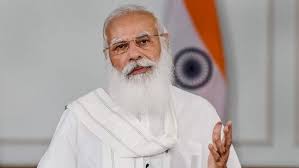 Through hard times and easy, through thick and thin, through electoral gains and losses, the seven-year plus regime of PM Narendra Modi can be defined as a chapter of path breaking reforms and commitment to reforms. These include the bigger and more talked about milestones like the Goods and Services Tax or reading down of the contentious Article 370 to lesser known ones like bringing more than 50 crores poor and deprived citizens into the ambit of various social sector schemes. Hours after Prime Minister Modi displayed exemplary magnanimity by announcing his intention of repealing the three agriculture reform bills, questions were raised across media platforms about the fate of reforms in various sectors. These discussions have continued over the weekend. While it is expected that such a major announcement will certainly generate some questions, to say that it spells end of the road for reforms is nothing but the ranting of a lazy analyst. It does not even require in depth data crunching or a detailed study. Just a cursory look at what all has happened in the past seven years and the pace of the same would suffice. From the moment he assumed charge, Narendra Modi got down to the job of initiating small yet far reaching reforms into the day to day working of the government. He made it clear that the attestation of a gazetted officer on any certificate was not essential as the govt had no reason to doubt the self-attestation of its citizens. He did away with interviews for lower cadre govt jobs to weed away favouritism and back door influence. These may appear insignificant to the power elite who have always found it easy to ‘run’ the system as they wished or a foreign observer but those who have gone through the process immediately understood what it meant. And most of us have. From these innocuous looking, small baby steps to ensuring the implementation of and smooth transition to the Goods and Service Tax (GST), from doing away with 1500+ archaic laws which had become redundant decades ago , reforms are the hallmark of Modi regime. And his unflinching commitment to reforming the Indian governance machinery, infrastructure and connectivity, the agriculture sector which has been in the rut for too long, the health services and indeed every sector of life remains undaunted despite the natural inertia to change and the deliberate sabotage by vested interests. I mention here just a few to showcase the same. AB-PMJAYpopularly as Ayushman Bharat, is the world’s largest countrywide health cover scheme assuring free treatment to the poor. More than 13 crore Indians are proud holders of the empowering card till date. As mentioned above, the wide net of social sector schemes, enhanced manifold since the dreaded COVID virus struck, has above 50 crore Indians avail of various beneficial schemes. For the first time, Govt has gone for wide ranging, fundamental reforms in changing the life quality of women and children, hitherto always on the margins of govt policy. But it did not stop here. Even transgenders are getting dignity of life by this govt’s legal and executive reforms, something unthinkable till date. Infrastructure development is not only getting the priority today but it’s being monitored real time. The completion of ambitious projects on or before deadline is not a matter of mere chance. And the Gati Shakti project hasn’t even taken off in full steam!! In the financial sector, GST has been followed by structural reforms through laws on bankruptcy, relieving the corporate world of punishing taxes and more than anything else, the financial inclusion of the poorest. Today, women are the biggest beneficiaries of MUDRA. Our defence forces, the protectors of the nation, are proudly coming out with new defence equipment and weaponry with the private industry also joining in the mega push for Atmanirbhar Bharat. If this is not reform, what is? Talk to any Indian and they would remark that a government can change anything but not the working of the bureaucratic machinery. From bringing in Mission Karmyogi to changing the way deadlines are met to synergy among ministries, Narendra Modi has even started changing the working of India’s most change-averse machinery. Now to look at agriculture. From casting the net wide to include almost 80 percent farmers in the PM-KISAN to raising the agriculture budget five times and the historic pension scheme for farmers, the effort to modernize, upscale and make farming remunerative and commensurate with the times continues unabated. One just has to look at the one of the direct interactions PM Modi has been having regularly with the farmers from the far flung areas of the country. Coming back to the repeal of the three contentious agriculture bills, PM made it very clear this would be followed by a committee which would hold detailed discussions to come to an agreed resolution of various demands. MSP has already been going up so the propaganda obviously does not stick. PM reiterated in clear terms that agriculture reform and farmers’ welfare remain the priorities for him. Therefore, to declare that the repeal spells a full stop to the reforms agenda is presumptive and wholly incorrect. In his words, ‘Reform, Transform and Perform’ is the mantra of Narendra Modi’s govt and continues to be so. The Doubting Thomases have spoken too soon. (The author is Vice-Chancellor, Sher-e-Kashmir University of Agricultural Sciences & Technology of Jammu, Jammu (J&K)