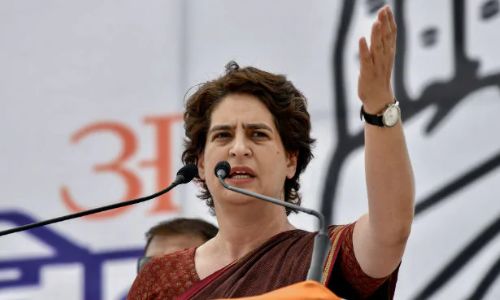 Taking to twitter, Ms Priyanka also alleged that the Government does not have ‘strength’ or ‘solution’ to fix the issues and added that ‘rhetoric’ and excuses will not work.

“Countdown: News of economic slowdown coming every day and silence of the BJP Government’s too. Both are very dangerous… excuses, rhetoric and rumours will not work,” the Congress general secretary tweeted in Hindi with a hashtag ‘economy in crisis’. (AGENCIES)