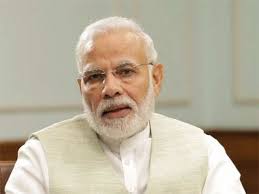 JAMMU, Jan 13: Narendra Modi Government has planned a major public outreach programme on Jammu and Kashmir in which majority of Council of Ministers will tour the Union Territory shortly right up to the tehsil and block level to aware the people about advantages of abrogation of Articles 370 and 35-A of the Constitution of India, which were applicable to the erstwhile State of J&K, and its conversion into the UT.
The move comes close on the heels of similar public outreach programme on Citizenship Amendment Act (CAA) launched by the Modi Government across the country. The outreach programme in Jammu and Kashmir was also aimed at countering the Opposition propaganda that scrapping of special Constitutional provisions of J&K and downgrading of the State into UT will deprive the people of land, jobs etc.
“The roaster of the tour of Central Ministers to Jammu and Kashmir is being prepared by the Prime Minister’s Office (PMO) and will be out shortly,” official sources told the Excelsior and said majority of Central Ministers especially those belonging to the BJP were tipped to visit different parts of Union Territory including the twin capital cities, districts, tehsils and right up to the block level.
During the public outreach programme, the Central Ministers-both from the BJP as well as its allies-will address public meetings, inter-act with people and brief them about the disadvantages of special Constitutional provisions in Jammu and Kashmir and advantages they will have following their abrogation on August 5 by the Central Government and the Parliament.
“A set of losses Jammu and Kashmir suffered in view of applicability of Articles 370 and 35-A and the benefits it will have now are being drafted by top brass of Narendra Modi Government on which the people will be made aware,” sources said, adding that the Centre planned to reach every nook and corner of the Union Territory including the remotest areas so that people could know how they will be benefited in the wake of abrogation of the two Articles as well as conversion of the erstwhile State into the Union Territory.
While the Opposition is campaigning that the people of Jammu and Kashmir will lose land and jobs to outsiders following abrogation of Articles 370 and 35-A, sources said, the Central Ministers will make the people aware that their land and jobs will be protected under domicile rights and, in addition, it will create more job opportunities as industries, big hotels and private sector will come to the Union Territory which earlier were not coming to the erstwhile State due to special Constitutional provisions.
On Opposition’s campaign that the State has been downgraded to the Union Territory, the Central Ministers will explain to the people that now all Central laws have been made applicable to the UT and regional discrimination in development, jobs etc will end. Further, the creation of Union Territory will lead to massive development as various Central schemes will be directly implemented in the UT.
“The public outreach programme of the Central Government in Jammu and Kashmir could last 15-20 days. While every day, one Minister will visit the Union Territory, the schedule of the Ministers is being prepared in such a way that even two to three Ministers will also visit different parts of the UT in a day,” sources said, adding the Government wants the Ministers to visit more rural and remote areas of Jammu and Kashmir where, it feels, the awareness on abrogation of Articles 370 and 35-A and conversion of the State into UT, was required more than the City and urban areas.
Following success of the public outreach programme on the Citizenship Amendment Act, the Government was confident that it’s similar programme on Jammu and Kashmir will also prove successful and useful in delivering its message to the people right up to the grass root level.
It may be mentioned here that number of Opposition parties have been campaigning that the people of Jammu and Kashmir will lose their land and job rights following scrapping of special Constitutional provisions of the erstwhile State and it’s conversion into the Union Territory.